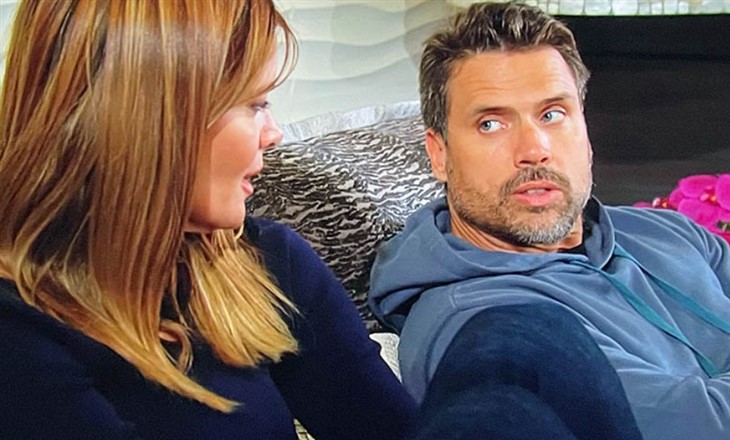 The Young and the Restless spoilers show Phick has finally decided to put each other out of misery. Viewers have watched this relationship going downhill for so long they might sigh with relief when it is finally over.

The Young And The Restless Spoilers – Phick Comes Full Circle

Friday on Y&R Nick Newman (Joshua Newman) and Phyllis Summers (Michelle Stafford) discussed their crumbling relationship and spoilers tease that the couple may officially end things as soon as Monday. Viewers have been watching the couple grow apart for several months and now Phyllis says their differences are too great.

She said she knew Nick did not like the way she went after Tara Locke (Elizabeth Leiner) and Sally Spectra (Courtney Hope) on The Young and the Restless. She said it was in her DNA to fight back and not listen to reason. He said he would stand by the Newman family no matter what and she can’t accept that.

According to Y&R spoilers, Phyllis insists that although Jack Abbott (Peter Bergman) has declared his love for her that she sees him only as a friend but Nick believes Jack is waiting in the wings. Sally took a photo of the duo in Milan and its not clear what she plans to do with it. She will have no leverage if Phick breaks up before she can use it.

Some spoilers suggested that Sally might go after Nick if things don’t progress with Adam Newman. One thing that viewers know is that the breakup will cause changes for Nick. He will have to adjust to being alone as he also deals with being estranged from Victor Newman (Eric Braeden) and Victoria Newman (Amelia Heinle).

The Young And The Restless Spoilers – Moving Forward

Once things are over with Nick, Phyllis may or may not run straight to Jack. She might distance herself from him just because everyone expects her to reach out to him and she has insisted to Nick that they are only friends. Sharon Rosales (Sharon Case) has been a listening ear for Nicholas ever since he returned home from London with their son Noah Newman (Rorey Gibson).

Spoilers have also teased that Shick might grow closer once Nick officially is over Phyllis. It has also been suggested that when Chelsea returns to Genoa City she might reconnect with Adam’s. Nick will tell Phyllis that they need to be in this together and she will say they will not.