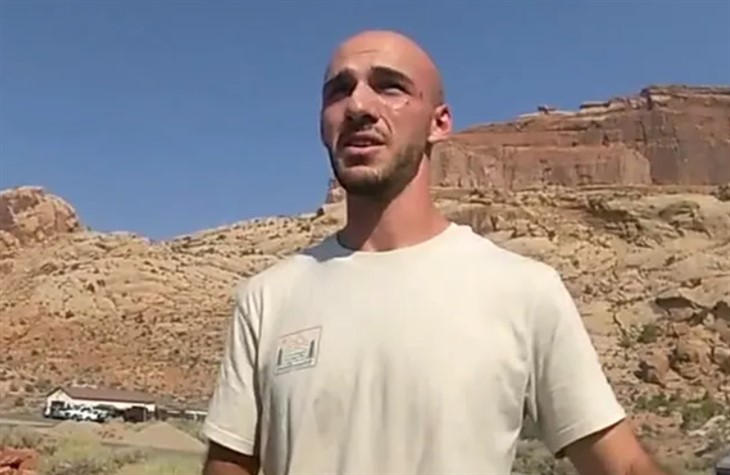 The hunt for Brian Laundrie, the person of interest in the Gabby Petito murder case, has been going on for over a month now. However, a Laundrie look-alike was ambushed at gunpoint on the Appalachian Trail.

Severin Beckwith and Anna Brettmann, an upstate New York couple, were taking a nap when suddenly there was a knock before their door flew open. The couple was stunned when U.S. Marshals with riot shields burst into their room. This happened at the Fontana Village Resort after lunch on October 7th. Beckwith feels that he was targeted because of people reporting that Laundrie had been seen in the area.

Beckwith and his girlfriend have been hiking since September and the fact that he had a New York credit card certainly didn’t help matters. Beckwith was handcuffed by one of the Feds while his girlfriend helped him get dressed. One of the feds even checked Beckwith’s ear and said he had a notch in the upper part of his ear like Laundrie. Beckwith was quickly cleared when he didn’t have the tattoos to match those on Laundrie. Beckwith was advised to shave his beard which he says he promptly regretted.

Who Called The Feds?

Beckwith believes that an employee at the resort was the one to alert the feds to his presence. The employee even snapped a photo that law enforcement showed Beckwith when they broke down his door. Beckwith and Brettmann were given a free night’s lodging and complementary breakfast after their ordeal. Beckwith is not the first Laundrie look-alike to become popular since the search started. However, the unidentified TikTok user was not stopped by the feds while simply taking a nap. It does seem that a free night and breakfast are a bit menial considering that the man’s door was broken down and he was handcuffed before his identification was even checked.

In Other News On The Story

The FBI’s Behavioral Science Unit pioneer offered some insight into the incident that probably sealed Gabby’s fate. She believes that the argument witnessed by Nina Celie Angelo at the Merry Piglets is likely what set Laundrie into a rage. The witness believes that the argument was over food prices but cannot say for sure. However, Gabbys need to apologize for Brian may have sent him over the edge. The world has witnessed how much control he had over Gabby in the video interview with Moab police. However, this incident was much more volatile. It is feared that Gabby apologizing changed the way Brian wanted to appear to the staff setting him off on the tirade that likely led to Gabby’s strangulation.

Will Laundrie ever get caught or has he already paid with his life somewhere? Keep checking back for updates.