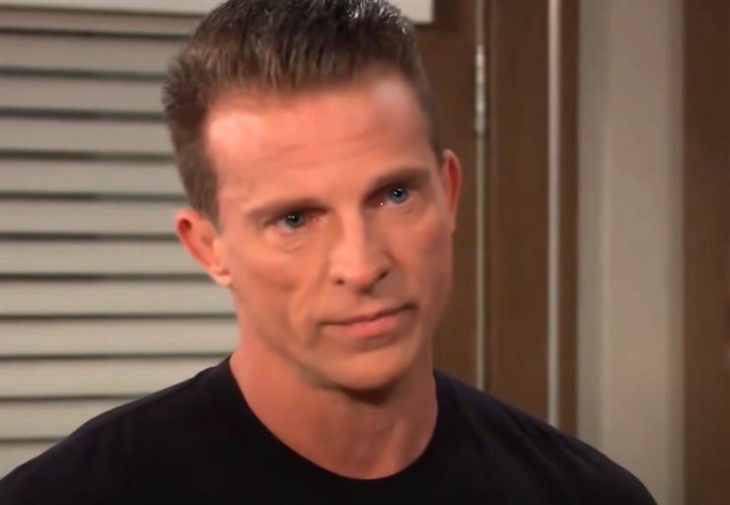 General Hospital (GH) spoilers for Wednesday, October 20, 2021, reveal Jason Morgan pretending he was never really in love with Carly Corinthos for decades while suppressing his feelings. The going is getting tough now for Jason, so Jason is going to get going.

So what if Jason (Steve Burton) married Carly (Laura Wright) just a few short weeks ago and was going to sleep with her in Sonny Corinthos’s (Maurice Benard) bedroom on their wedding night. That was then and this is now. Carly and Sonny are just too complicated for Jason to deal with so why not help Britt Westbourne (Kelly Thiebaud)?

Meanwhile, Carly spends some time torturing Nina Reeve (Cynthia Watros) again because she’s Carly, but what she really wants to know is why nobody can seem to catch Peter August (Wes Ramsey). We all want to know that, Carly.

Nina tries to turn to Curtis Ashford (Donnell Turner) for some support, telling him it’s been a hellish last few hours. It looks like Michael Corinthos (Chad Duell) being her boss at Crimson might not work out so well. While Michael wants to be professional, Willow (Katelyn MacMullen) asks him if he can manage to do it? Have they also decided whether they’ll vengefully withhold Wiley from Nina?

GH spoilers also tease Terry (Cassandra James) getting a mysterious phone call from someone asking for Finn (Michael Easton). What could this be about? Is it Peter back for revenge? We can see that happening. This might worry Elizabeth (Rebecca Herbst), as well.

For some reason, Maxie Jones (Kirsten Storms) and Austin Holt (Roger Howarth) end up in the woods and it looks like the exact spot where he delivered Louise. Does Austin start to remember something because Maxie looks to be changing the subject and asking him why anything matters anyway?

Speaking of Austin, Olivia (Lisa LoCicero) and Ned Quartermaine (Wally Kurth) have dinner together. Does Olivia finally agree with Ned that they should listen to Austin about the possibility of Leo having autism? Stay tuned to General Hospital weekdays to see how these stories play out.