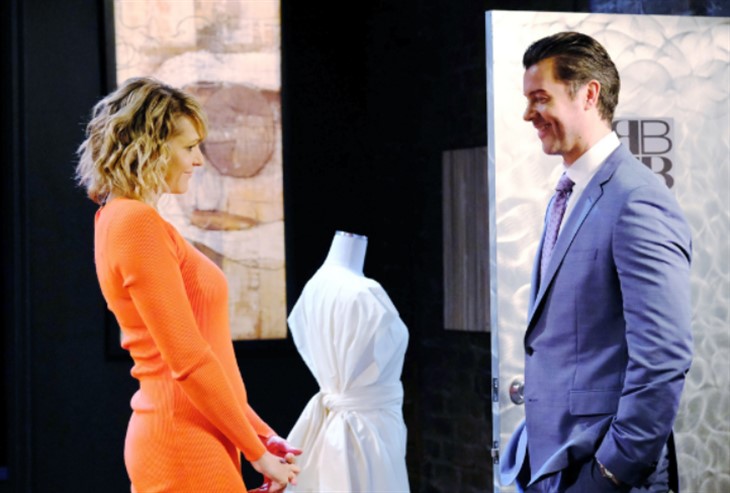 Days of Our Lives (DOOL) spoilers for Wednesday, October 20, 2021, reveal EJ DiMera not giving up on his quest to be with Nicole Walker — for now.

Days Of Our Lives Spoilers – When One Date Fails…Try, Try Again

Running into Rafe Hernandez (Galen Gering) and Ava Vitali (Tamara Braun) on their first date since they were once married put a damper on things for EJ (Daniel Feuerriegel) and Nicole (Arianne Zucker). The date didn’t go quite as planned and later, Rafe gave Nicole the third degree on why she was out with EJ to begin with. Nicole admitted that she would have rather been with Rafe, but things didn’t go much further than that.

Now, EJ is ready to take Nicole on another date and maybe they can avoid Ava and Rafe this time and have a better night out. There seems to be more chemistry between EJ and Nicole than Rafe and Nicole so maybe this will work out — at least until Sami Brady (Alison Sweeney) returns and Ava does something too horrible for Rafe to stand.

Although Abigail (Marci Miller) is not thrilled about playing MarDevil 95 against EJ’s version of John Black (Drake Hogestyn), she has other things to focus on now. She’s still suspicious of that newfound half-sister named Gwen (Emily O’Brien) and she’s sure she’s lying to Jack Deveraux (Matthew Ashford) about something, but she’s not quite sure what. That means she’s more determined than ever to find out. Will Jack even believe anything she has to say?

Poor Bonnie Lockhart (Judi Evans) remains behind bars in Statesville, a place she is all too familiar with. But this time she is sure she doesn’t belong there. She also wants to resume her life with Justin Kiriakis (Wally Kurth) now that the happiness she’s always been searching for is right there at her fingertips.

Victor Kiriakis (John Aniston) managed to make things easier for his nephew, so now Justin can try to help Bonnie as much as possible. He tells her she just has to hang in there a little longer and promises her she won’t be in prison forever and that eventually, they will be together again. Stay tuned to Days of Our Lives weekdays to see how these stories play out.