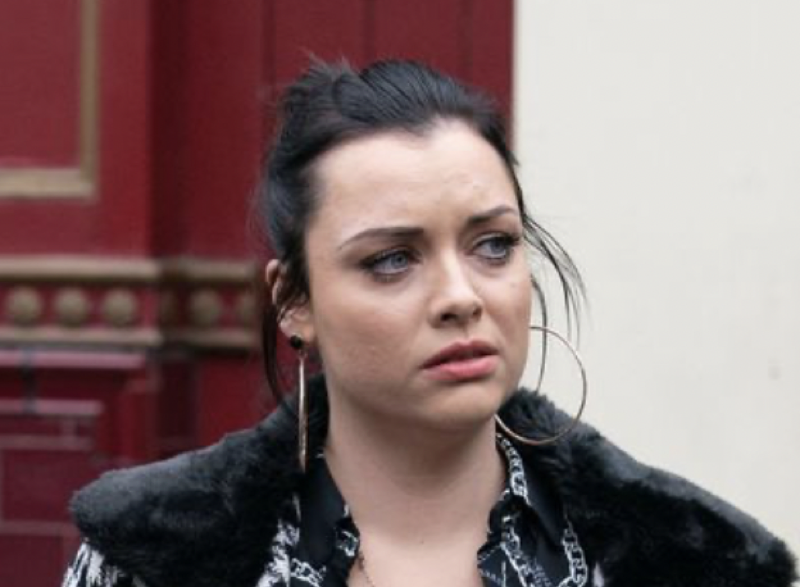 EastEnders spoilers reveal that Shona McGarty who plays the role of Whitney Dean in the BBC One show has incredible singing talent, In fact, she blew away fans who can’t get over how good she is. Clearly, her performance also impressed the audience in the show itself. Many BBC One fans had no idea that she could sing like an Angel.

Whitney Dean seems like someone easily manipulated, and little in the way of spectacular talent rocked the community yet. That’s despite her starting her storyline in music this summer. Recall, when Kush Kazemi died, Gray Atkins manipulated her. Actually, the despicable character murdered Kush (Davood Ghadami) by pushing him in front of a moving train. Sadly, it came just before his departure for Dubai with Whitney. Gray tried to act like a tower of strength for her, all the while just hiding his own actions.

Other EastEnders spoilers revealed that Whitney Dean (Shona McGarty) didn’t want Callum Highway (Tony Clay) to marry Ben Mitchell (Max Bowden). The ploy by Gray worked as she totally believed that Ben, and not  Gray caused the death of Kush. Newer spoilers revealed that Whitney’s little sister Tiffany found out that Keegan cheated on her with Dotty Cotton. So, on the show right now, it’s quite an emotional time. However, when Shona McGarty sang, it probably made everyone feel emotional.

The Sun UK reported that fans watched as “Terry Cant told residents in the square to not miss Whitney’s performance in the Queen Vic.” Well, as he is Whitney’s manager these days, he clearly fell in love with her talent. On the show, she sang Snow Patrol’s Run by Leona Lewis. Actually, everyone in the pub looked impressed. A bit hesitant at first she took it away as well as any top talent on American Idol, fans thought. Perhaps, if she ever decides to stop acting, there is probably a place for her in the music world.

Actually, some fans of EastEnders might not know that she already performed on Children in Need in the past. Digital Spy noted that she “appeared on the charity Christmas single ‘Rock With Rudolph’ to raise money for the Great Ormond Street Hospital.” Shared on YouTube with credits to BBC One, many fans commented on Whitney’s debut on the show. One fan noted, “Simon Cowell would approve.” Actually, it seemed the ideal song for the bereaved Whitney who clearly has Kush in mind.

One impressed fan, totally immersed in the show wrote, “Whitney has the most amazing voice ever, I hope she gets her happily ever after.” Then another one noted, “Whitney was so beautiful singing.”

Remember to check back with us often for more news, updates, and EastEnders Spoilers.