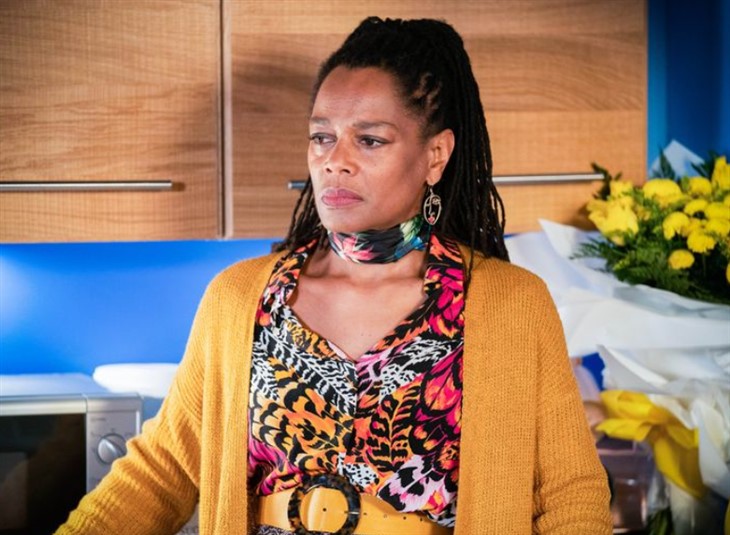 EastEnders Spoilers hint that Issac Baptiste (Stevie Basaula) will run into some more setbacks as he is determined to get back to his regular life after being let out of the mental hospital. Since being in the hospital, Issac had been the center of attention because of a social media post that one of the kids posted. This led to the parents saying mean things about him. As viewers know, Issac’s mother, Sheree has become very protective over Issac in many ways including warning Lola Pearce (Danielle Harold) away from dating him. However, she has kept Patrick out of the loop on her plans for Issac. It seems as though Sheree will let Patrick in on what she wants for Issac just in time to see Issac hit another roadblock.

Patrick has been supportive of Issac’s decisions up until now and has been a voice of reason when it comes to giving him his space to make his own decisions. So it comes as no surprise that he is trying to convince Sheere that she should focus on the process that he has already made since he has been in the hospital. This does not convince her though as she still thinks that he should go to Trinidad revealing that it was her plan to take him there after he got out. This is something the two do not agree on as Sheere is not allowing him to live his own life but instead trying to separate him from the life that he has started to build there.

On the other hand, it seems that Issac will be getting out and returning to his normal life. He is optimistic about everything at first as things seem the same. He still has his relationship with Lola and his job is still waiting for him to return. however, it seems that his job may not be ready for him to come back to work just yet as they want to wait for the social media fuss to die down before having him come back to work. This puts a damper on his return and it seems that Patrick may end up agreeing with Sheere on her plan to take Issac to Trinidad.