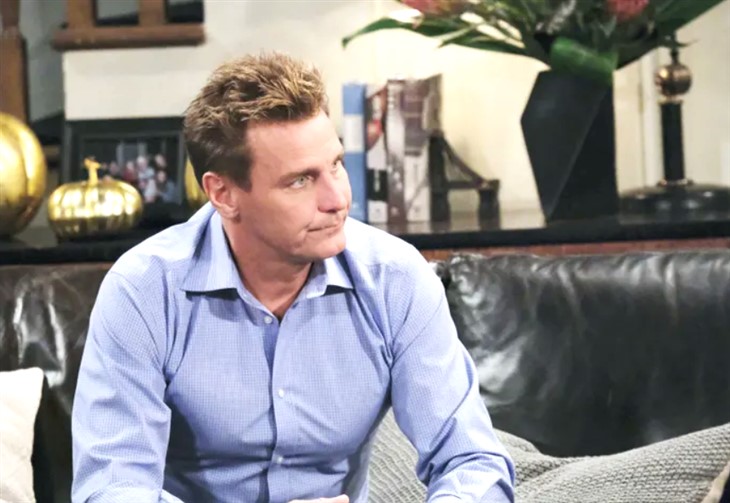 General Hospital (GH) spoilers indicate that Ingo Rademacher, who plays Jasper Jacks, is firing back at people calling for him to be fired from the show. Of course, all the while, sarcastically thanking them for causing his name to trend on Twitter.

General Hospital fans can be passionate about their beliefs and often tag actors and executives from the show in their tweets. Recently, Laura Wright, who plays Carly Corinthos, has announced that she was taking a break from social media because of the hatred directed at her over current storylines. Fans are completely against Carly and Jason Morgan’s (Steve Burton) marriage and are not a bit shy about telling Laura how they feel. However, the argument with Ingo isn’t story-related, it is all about Covid-19 prevention. Ingo often posts his opinion about the Covid shots and whether or not people should take them. Recently, some people were exposed to Covid onset and Ingo is getting the blame. Ingo fired back in the following video.

General Hospital’s Ingo begins by telling fans that he would never go to their boss and ask for them to be fired because of a difference of opinion. Ingo gets pretty harsh with fans calling them bigots and telling them to admit that and welcoming them to start a hashtag apologize to Ingo. Here is part of the message, “To all the bigots that called for my firing at GH and made #fireIngo trend 🙏 (thanks for the press btw) about a post of mine that is factually correct. Getting vaccinated does not stop you from spreading the virus. That’s straight from the CDC. Mandating any vaccine is wrong but especially one that doesn’t help stop the spread, that’s nothing short of crazy talk. If you want to take the vaccine, take it. Just know you’re doing it for yourself, not to save anyone else. You’re not a hero.” 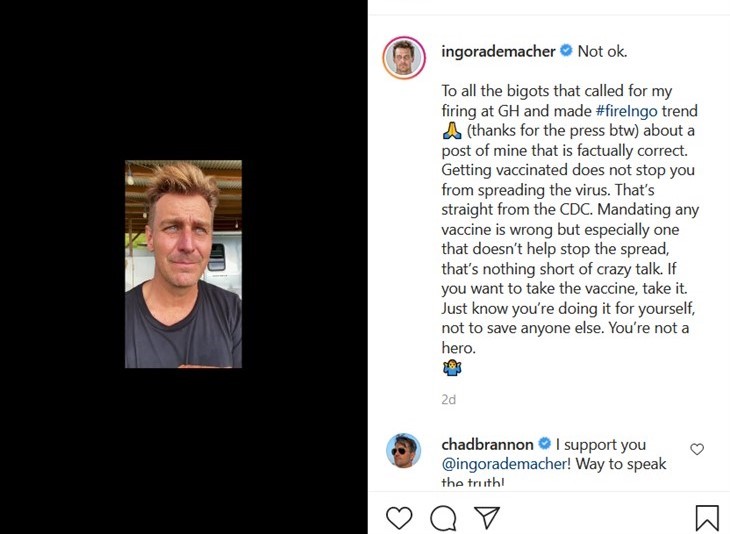 Perhaps Ingo needs to take a break from the hatred as well. When actors have to defend their opinions to the point of calling fans bigots, etc. Maybe it is time to step away for a bit. Fans and actors alike have the right to their opinions but they don’t have a right to force their opinions on someone else. When fans attack someone’s livelihood they are going to get snapped back at no matter who they are speaking about. Maybe all sides need to stand down and see what happens from here.

The entire world has been on edge for months and it doesn’t seem to be letting up. However, personal attacks are not helpful and will never make people see things your way. Perhaps everyone needs to take a step back and calm down while the powers that be deal with this situation like they have so many others.