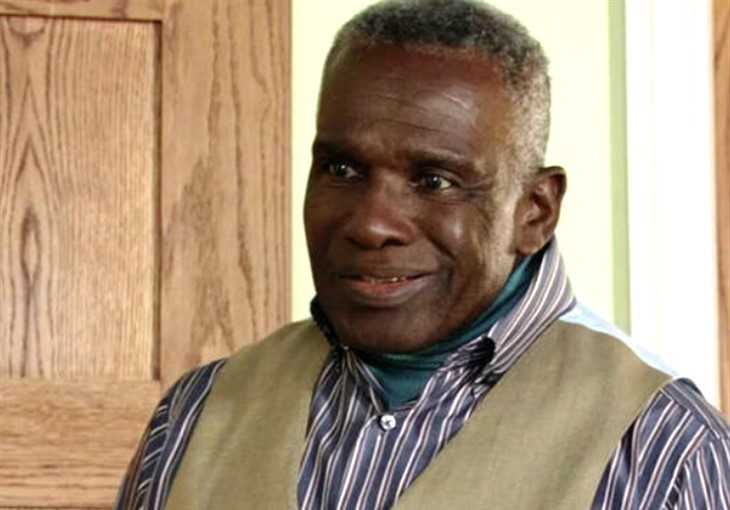 Eastenders spoilers for the week of December 14 reveal that in Walford Patrick Trueman (Rudolph Walker) finally returns. Denise Fox (Diane Parish) explodes when her decisions are ignored. Kheerat Panesar (Jaz Deol) reels over an incriminating discovery. Plus, Gray Atkins (Toby-Alexander Smith) takes control. He successfully divides and conquers, but for how long?

We are finally going to see Patrick on the soap once again. He will reunite with his friends and family. COVID-19 regulations forced the actor to return later than many of his co-stars. To explain Patrick’s disappearing act, it was mentioned that he contracted COVID-19 and ended up in the hospital.

Eastenders spoilers reveal that Jack Branning (Scott Maslen) will pay a visit to Kheerat and Suki Panesar (Balvinder Sopal). He explains that the blood on the van is confirmed to be Ian Beale’s (Adam Woodyatt). Later, Kheerat reviews the CCTV footage and is blown away by what he sees. What will he do about the incriminating discovery?

Gray controlled and abused his late wife, Chantelle Atkins (Jessica Plummer). He hasn’t been in a relationship since her death, but Shirley Carter (Linda Henry) is living with him. He will start to isolate her. Mick Carter (Danny Dyer) already wants nothing to do with her. Gray pretends to be supportive and encouraging. In Shirley’s eyes, Gray is the only person who is being supportive.

Then, Gray takes it a step further by demanding that Tina Carter (Luisa Bradshaw-White) move out. He says it’s so his children can return home, but it’s really about alienating Shirley from her family.

Eastenders spoilers reveal that Denise will decide to give her son a more traditional and respectable holiday. When she announces the changes she wants to make, her ideas are immediately dismissed. Denise will get frustrated, irritated and completely fed up. But what will she decide to do about the situation?

Also airing this week, Kush Kazemi (Davood Ghadami) makes a promise to Kat Slater (Jessie Wallace). However, she might not be too happy when she learns that Kush threatened and blackmailed Phil Mitchell (Steve McFadden). He had good intentions and just wants his family taken care of while he’s in prison. Unfortunately, the Slater family could end up paying a high price for Kush’s good intentions.

Royal Family News: Who Are Meghan Markle And Prince Harry To Judge People With Their Awards And Prizes?

The Bold And The Beautiful Spoilers: Steffy Wants Protection – Liam The Villain Will Betray Her!