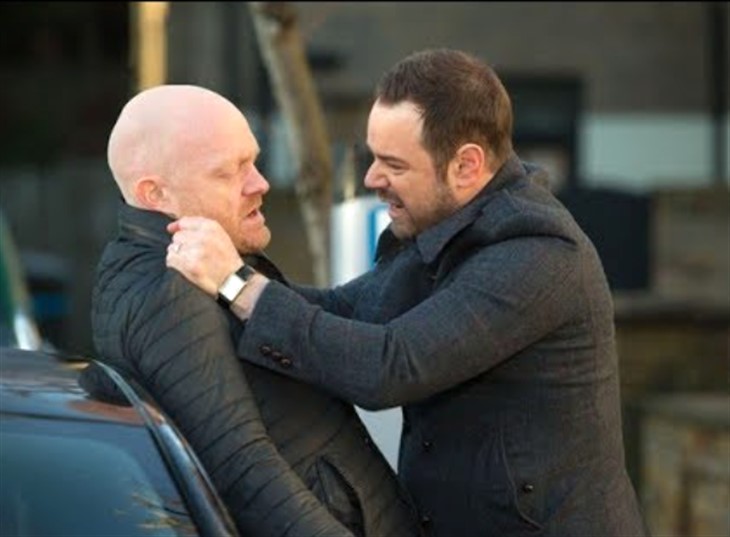 Eastenders spoilers reveal that we are coming to the end of an era. After many years, Max Branning (Jake Wood) is saying goodbye and his exit is going to be explosive. In fact, next week is going to be all about Max refusing to accept Linda Carter’s (Kellie Bright) answer. He will actually throw the childhood sex abuse in Mick Carter’s (Danny Dyer) face.

Eastenders spoilers reveal that actor Jake Wood was confirmed to be leaving last year. When it was reported, nobody knew when his exit storyline would air, just that it would be in early 2021. Now we are coming up with his actual exit and things are really going to blow up. Max is more desperate than ever to make Linda his woman, despite her choice to stay with her husband. Plus, Max gets involved with other storylines and one of them could end in disaster.

Refusing To Give Up On Linda Carter

Eastenders spoilers reveal that Max refuses to accept Linda’s choice. He is determined to get her to change her mind. He goes so far that he doesn’t think about the consequences. He doesn’t even take Linda’s feelings into consideration. He wants her and will do whatever it takes to get her. Even if it leads to some explosive and violent consequences.

In the new issue of Inside Soap magazine, the actor explains that Max doesn’t understand what changed with Linda. One minute they were going to run away together and start a new life. The next minute, she is determined to stay with Mick. When he finds out that Mick was sexually abused as a child, he decides to use that to try and force a separation between the married couple. In fact, Max actually believes that the only reason Linda changed her mind was out of pity for Mick’s situation. Of course, fans know that’s not true, but try telling Max that!

Max will also find all the evidence that Jack Branning (Scott Maslen) has been keeping on Phil Mitchell (Steve McFadden). He uses it as leverage to force Phil to help him win Linda back.

It is confirmed that Mick and Max get into a confrontation. Max uses the child sex abuse and throws it in his face. Mick responds to this by issuing a death threat. He tells Max that if he even dares to look in Linda’s direction again, he will be a dead man. Could he actually make good on that threat? We will have to keep watching the BBC soap to see exactly how Max exits and what it means for Mick and Linda’s future.