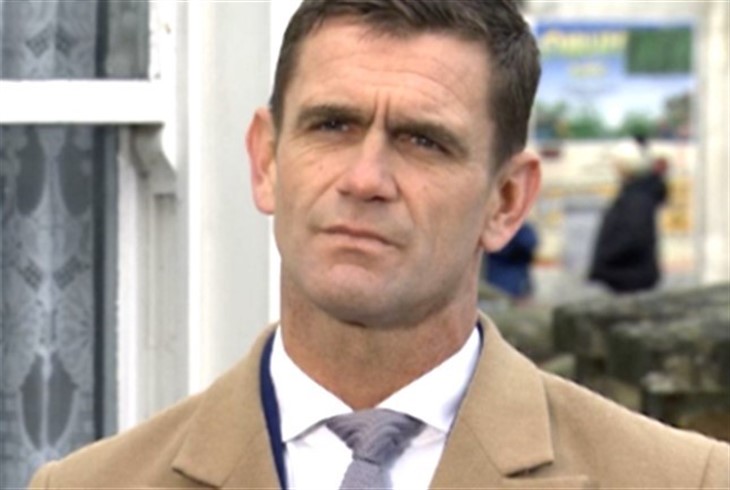 Eastenders spoilers reveal that Jack Branning (Scott Maslen) has been keeping lots of files and evidence against Phil Mitchell (Steve McFadden). When those files get stolen, there are a few suspects, but it turns out that Max Branning (Jake Wood) is the guilty party. He uses the evidence as leverage in order to get Phil’s help in getting Linda Carter (Kellie Bright) to change her mind.

Eastenders spoilers reveal that the actor talked about Max’s state of mind and what he is trying to accomplish with Phil. Wood told the magazine that it’s all about Linda. That being rejected by her makes no sense to him and he’s not going to accept no for an answer.

“Max’s romance with Linda comes after a few years of him being very unsettled. I think she probably reminds Max of his ex-wife, Tanya, who is also blonde and a one-man woman. That’s when Max was at his happiest, with Tanya and his girls, and being with Linda is the closest he’s come to replicating that feeling — more than any other woman he’s been with.”

But in order to prove to Linda that he can give her the world on a silver platter, he needs Phil’s help. However, Phil isn’t going to lift a finger unless he has to. Which is where the evidence files come into play. Once Max goes to Phil with the USB stick, he is basically coerced into helping Max.

We aren’t exactly sure how the actor exits. However, everything is coming to a head. We have his obsession with Linda, stealing files from Jack, blackmailing Phil, and then he confronts Mick Carter (Danny Dyer) and gets into a fight. In fact, Max is punched in the face and simply laughs afterward. Then, Mick threatens to kill him if he even looks at Linda again. Now, Linda doesn’t want any harm coming to Max, so she goes to him one more time. She tries to make it clear that she has chosen Mick, but Max refuses to listen. Could he try and force Linda to go with him and there’s a struggle, which leads to death? If so, this will just be one more big secret the couple is forced to keep.