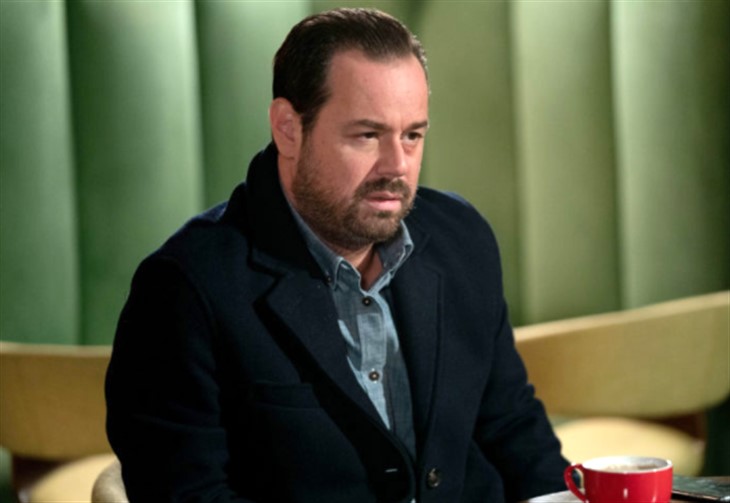 Eastenders spoilers reveal that in Walford Mick Carter (Danny Dyer) has been worried about Tina Carter (Luisa Bradshaw-White) ever since Gray Atkins (Toby-Alexander Smith) claimed to help her go on the run. When he didn’t hear from her on his birthday, that sparked even more concern. Now Mick gets new information that has him really start diffing to find answers.

Eastenders spoilers reveal that Tina was in trouble with the law after being accused of attacking Ian Beale (Adam Woodyatt). As her court date approached, she was worried that she would go down for a crime she didn’t commit. Then she suddenly disappeared. Gray said that he helped her go on the run, but fans know that’s not true. Tina learned the truth about Gray’s role in his wife’s death. Just like he took Chantelle Atkins (Jessica Plummer) death, he brutally took Tina’s too.

After killing Tina, Gray thought all he had to say was that she went on the run and her loved ones would accept that. However, he would soon learn that the Carter family is close and they really do love each other. Shirley Carter (Linda Henry) was concerned back then and she’s even more concerned now. Mick was also questioning Gray’s claim, but he was dealing with multiple problems at the time. Each time that Tina’s family started to ask questions or mention something, Gray would panic.

At one time, he pretended to be Tina and sent a text message from her phone. However, people tend to have their own “texting style,” much like writing. There was most likely a clue in that text that it wasn’t really Tina. But Gray is the community hero, so nobody is going to think he did anything sinister.

Eastenders spoilers reveal that Mick keeps mentioning how everything about Tina’s disappearance and not contacting her family doesn’t make any sense. When Linda Carter (Kellie Bright) asks Max Branning (Jake Wood) what he thinks, the guy is extremely concerned. This raises alarm bells with Linda, who shares the information with Mick. This has him launch his own search and investigation hoping to find answers.

According to Metro, Mick will start really diving into the investigation. He will most likely start with who and where Tina was the last time she was in the area. Of course, that’s Gray since he claimed to have helped her go on the run. When Mick starts asking questions, Gray will go into a panic. He will try to make sure that his tracks are covered. However, when he panics, that’s exactly when he makes mistakes. Mick is pretty observant and perceptive. He’s going to pick up on the sense that something isn’t quite right. If he doesn’t question Gray’s story, then he will question Gray’s reaction. Body language can tell someone a lot about a person.

As Mick starts diving into finding answers, he is likely to come across some kind of proof or clue. However, could Mick end up in danger when Gray realizes he’s getting too close? Or will Mick stumble onto the horrifying truth that Tina’s dead and Gray is the one who commited the crime?