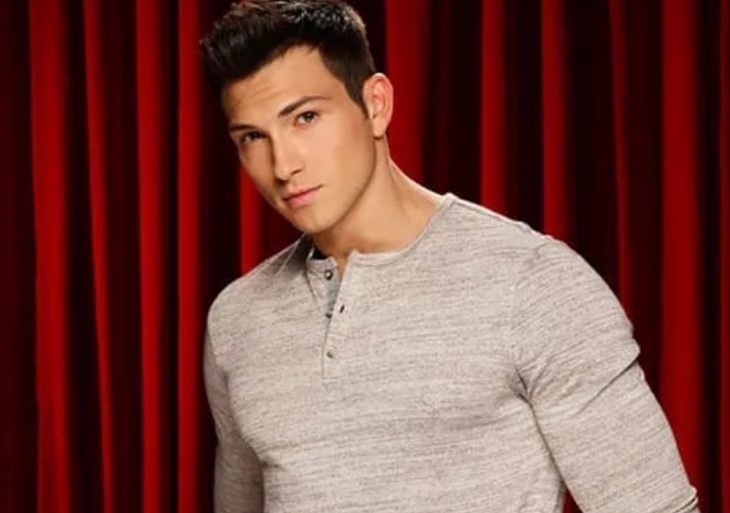 Days of our Lives (DOOL) spoilers reveal that this week Robert Scott Wilson (Ben Weston) shared some behind-the-scenes footage from a photo shoot that took place on the soap’s set in LA. It looks like he could have a side gig as a pro dancer, and if nothing else he definitely needs his agent to get him on Dancing with the Stars!

He captioned it, “forgot my dancing shoes.” Hardly—this man can bust a rug.

Wilson’s dance was like the one John Travolta performed with Uma Thurman in Pulp Fiction, and it’s amazing. Not only is he a great actor he’s a terrific dancer as well!

The fan response was awesome with one writing, “Still learning from the greats, I see. 👌🏻⚡️ Legendary. Power moves for daaaaaays😉 Loving your work as always, sir,” and another said, “Nice moves!!! Thank you for ALL you do for Days and us Fans it Truly means a lot!!!”

Someone else posted, ““Well, ya won that dance trophy,” and someone said, “Travolta has nothing on you.”
But the compliments didn’t stop there, one fan chimed in, “Ok stapppp it!! Your so stinkin cute🤗.”

DOOL Spoilers – What Happens Next In Salem?

Fans wish that Wilson’s character Ben Weston was having this much fun! Right now he is mourning Ciara Brady’s (Victoria Konefal) death but also convinced that she’s still alive—a conundrum possible only on soaps.
Where exactly is Ciara? She is alive, as Susan Banks (Stacy Haiduk) confirmed to a gobsmacked Ben and Claire (Isabel Durant). But she is yet to be found in her little glass cage that may be in cowboy country based on her captor’s getup.

Hope Brady (Kristian Alfonso) is looking for her daughter but is on a wild goose chase and the chances of Salemites seeing her ever again are slim to none. In the meantime Ben is on the case of MIA Ciara and we know his Spidey sense will have these two reunited at some point.

But what happens before then? Could Ben actually fall for Claire? Could Ciara actually fall for her captor? There is a lot at stake for Cin and there are no guarantees that there will be a happily ever after for them once she is found.

The Young And The Restless (Y&R) Spoilers: Bill Spencer Hints At Past Affairs With Traci and Ashley – B&B Crossover Flirts Up a Storm