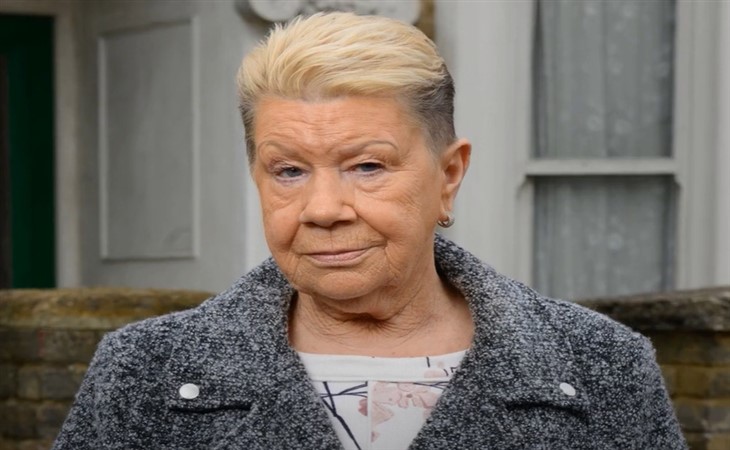 Eastenders spoilers and updates tease star Laila Morse has confirmed she’s not permanently closing her doors at the BBC One soap after playing her recurring character Big Mo for over 21 years. Mo Harris made a shocking exit on the show’s latest episode.

Market dealer Mo refused to go on a cruise ship with Fat Elvis (Shenton Dixon) due to her concerns about Jean Slater (Gillian Wright) in an episode aired on June 3. Jean, who feared her cancer has returned, asked help from Kat (Jessie Wallace) to convince Mo to set off on the cruise with Elvis.

“Mo’s left me with an adventure I don’t really want. I mean, her heart was in the right place but her right is normally her left,” Jean told newcomer Zack Hudson (James Farrar).

Seems like Mo will be gone for a while, but will she still see Jean when she returns?

But fans need not fret as an “EastEnders” spokesperson announced Big Mo will still appear on-screen someday: “Just like many occasions before, Big Mo will be departing Walford but as always she’ll no doubt be back in the not too distant future.”

Earlier this year, the star addressed the rumors that her character had been axed. “For those thinking, Big Mo will be gone forever, I can tell you that is not the case,” she previously explained.

The actress unwrapped the reason as to why Big Mo has been written out in the meantime. She’s heading to reside “in the sunshine” in Spain, and “EastEnders” producers knew this all along.

“I made the decision a while ago that I wanted to move to Spain so I let the team know that was my plan. They said they would love to have me come back now and again when there was a need for Big Mo to return which was lovely to hear,” she told Metro.

EastEnders Spoilers: Tanya Franks Opens Up About Stuart’s Decision To Tell Vi About The Surrogacyhttps://t.co/i0HJpRjmY1

Laila also expressed that the soap is a lovely place to work and when producers ask her if she plans to return: “Why wouldn’t I? … I have lots of friends there so it’s not something I would even have to think about.”

Mo first appeared in the soap in 2000 and holds the record-breaking title as the 6th-longest serving actress in the history of “EastEnders.”

Be sure to catch up on everything happening with EastEnders.” right now. Come back here often for EastEnders.” spoilers, news, and updates.

The Bold And The Beautiful (B&B) Spoilers: How Can Steffy And Finn Help Thomas And Hope?