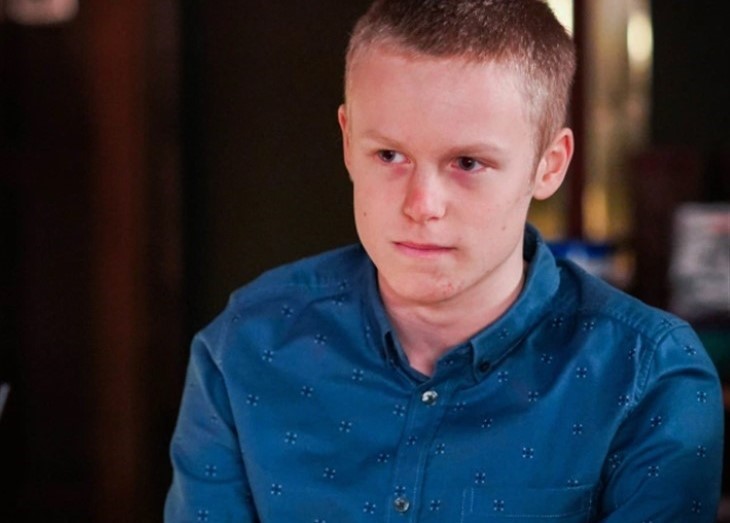 Eastenders spoilers and updates tease it appears as Bobby’s blooming relationship with Dana in “EastEnders” is heading for failure as Bobby fears his secrets will be revealed in an intimate night with his date Dana.

Spoilers revealed Dana will look for Rob at the restaurant next week and Rob seizes the moment to impress her by cooking dinner. However, in the middle of their romantic night, the scaredy-cat will soon panic as Dana suggests they should return to his place for a passionate night.

Will Robert ghost his date again?

No matter what persona Bailey uses to conceal his dark past, his fear of getting exposed rejects to be buried with his real name. This anxious teenager has failed on his first date with his first online match named Jade (Libbi Fox) when he feared she’d find out he’s a killer when she threw him a series of questions.

The youngster ghosted her when she started talking about living with her dad for a while and compared it to prison as more fun to stay in. His panic was out of hand when Vinny came and reported about Karen’s ill-fated date with serial killer Lucas.

Realizing the similarity of Karen and Lucas’ story to his and Jade’s, Bobby feared Jade might have searched for his story while using the toilet. The horrified youngster ran away for his life, even before Jade got to return to her seat.

EastEnders Spoilers: Tanya Franks Opens Up About Stuart’s Decision To Tell Vi About The Surrogacyhttps://t.co/i0HJpRjmY1

Bobby enjoys masquerading as Robert Hills inspired by his brother Peter (Dayle Hudson) in his desperation with online dating apps. He was nearly get caught when Peter and his grandma Kathy (Gillian Taylforth) joined him when Dana arrived on their first date.

Aiming to continue with his schemes, Bobby told his brother he’s pretending to be him in searching for his romantic partner online. Peter doesn’t even care a bit and encouraged his brother to continue impressing Dana.

This treacherous teen believes no one will love him for spending years in a young offender’s institute for murdering his sister Lucy. When he returned to BBC’s soap, Lucy’s ghost followed him around while whispering his name.

Will Bobby’s past continue to haunt him and hinder his relationship with Dana to go deeper?