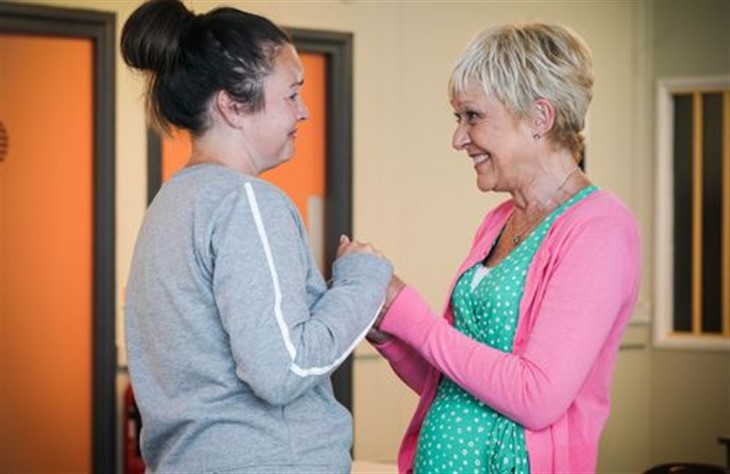 EastEnders Spoilers hint that Jean Slater (Gillian Wright) will soon plot against newcomer, Eve Unwin (Heather Peace). As viewers know, Stacey has recently returned to the Square and will soon be followed by Eve. This might cause some problems as Jean will not be happy to hear about Eve coming to the Square. As she will be worried that Eve will pull Stacey into more trouble.

This will lead to Jean plotting against her in order to get her out of Stacey’s life. However, what might be the results of this and what could be Jean’s plot?

EastEnders viewers did not get any other details about her marriage but she asked for Martin’s help in telling the kids about it. Eve will soon be making her way to the Square this week and will be headed to The Queen Vic to the delight of her former cellmate, Stacey. the two excitedly embrace each other but it is clear from the first moment that Jean is not happy to see Eve’s arrival.

In the scenes that will be airing in the EastEnders episodes next week, Stacey will try to get Jean to agree to let Eve stay with them. She will approach Suki Panesar (Balvinder Sopal) along with Eve that will leave Suki upset as she will learn that she can not evict the Slaters’ from their home. Stacey and Eve go on to tell Jean about what took place earlier with Suki.

Stacey later leaves but it seems that they have not been able to change Jean’s mind as she quickly orders Eve to leave. EastEnders spoilers tease Stacey will soon learn that Eve has left but will she find out why? In an interview with Heather Peace, she talked about how Eve tends to get herself into trouble.

“She’s got quite a quick temper and is a little bit erratic but she’s very, very fair and very, very just, so when she does go and do something that is highly illegal or morally on the border, you will quite often understand why she’s doing it,” she countinues by saying “But it’s probably something I wouldn’t do.”