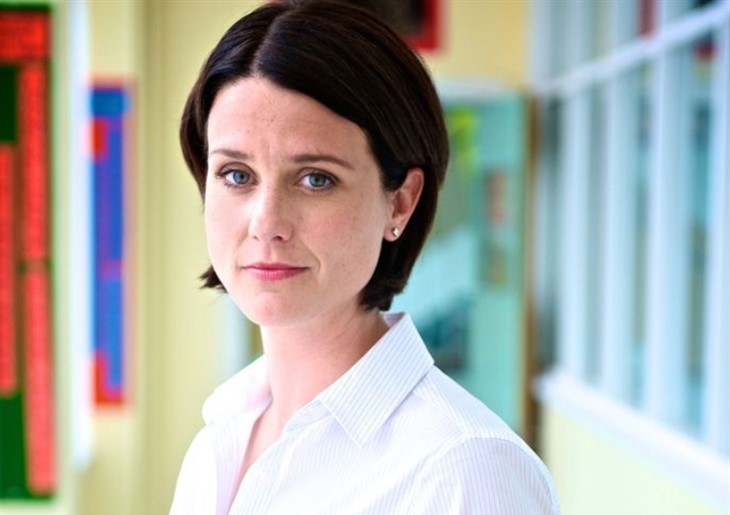 Eve is the cellmate of Stacey who was framed for assaulting Ruby Allen (Louisa Lytton) which was just cleared up recently. The two, Eve and Stacey, developed a friendship when they were sharing a cell together. The two decided that they should stick together inside and outside of Prison as Eve will be hot on the trail of Stacey when she returns to the Square. According to the actress, Eve is going to be “lovable” as well as being quick-witted. Her personality may be the very thing that gets into her own way and land her in trouble. This may be one of the reasons why she and Stacey connected so well.

In the interview, Peace stated, “She’s got quite a quick temper and is a little bit erratic but she’s very very fair and very very just, so when she does go and do something that is highly illegal or morally on the border, you will quite often understand why she’s doing it. But it’s probably something I wouldn’t do.”

Peace and Eve both share the fact that they are both apart of the LGBTQ+ community which the actress goes on to say that she is proud that she can bring more queer representation to the show. She stated, “The character falls under the LGBTQ+ banner so hopefully I’m flying the flag a little bit.”She talks about how nervous she was to film her first scene, “As most people know we don’t film in order, but unfortunately for me my first scene was my first scene, which you never really want. You always want to come back to your first scene once you feel like you’ve bedded in a bit. I probably had two nights of no sleep, I was really really nervous. I’ve been doing this for 26 years but the first day at school never gets any easier.”

“Obviously it’s so well established and you just want to make a good impression. I put extra pressure on myself to not make any mistakes for at least the first six weeks.”

Are you excited for the new character? Let us know what you think in the comments below. Keep checking Soap Opera Spy for more EastEnders updates and spoilers.