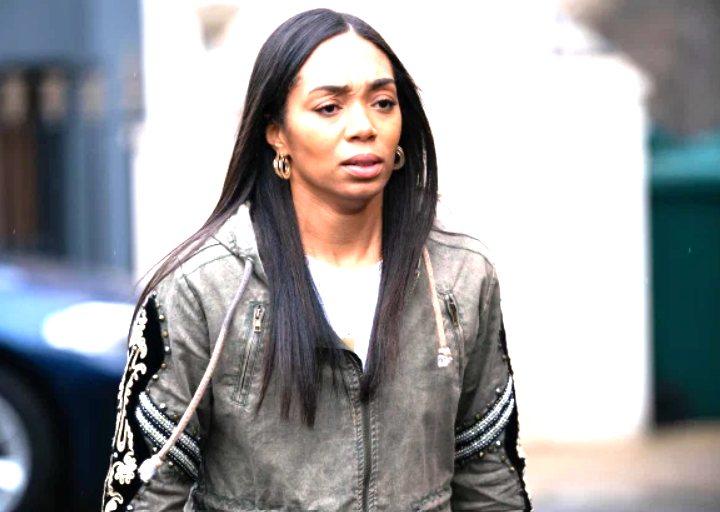 EastEnders spoilers and updates tease that Chelsea Fox (Zaraah Abrahams ) will hide from Gray Atkins (Toby-Alexander Smith) after making a shocking decision to sleep with another man. The pair’s relationship has been volatile in recent weeks and Chelsea believes that what they have is just a casual thing.

Chelsea will hide from her lover, Gray, when she returns after sleeping with another man. It all started when she went to Ruby’s to celebrate her newfound freedom instead of attending Mia’s birthday party.

She met an admirer, who bought her a drink. Dotty Cotton (Milly Zero) served Chelsea and reminded her that she’s still in a relationship with Gray. However, Chelsea claimed that they’re keeping things casual. One thing led to another and Chelsea made a shocking decision to sleep with the mystery man. Meanwhile, Gray waited for Chelsea to drop by and join them in celebrating Mia’s birthday.

EastEnders Spoilers – Will Chelsea Fox Break Up With Gray Atkins?

Chelsea feels detached from Gray’s two children. Karen Taylor (Lorraine Stanley) has noticed her behavior toward the kids, which left her furious. Karen even tried to break them up and lead Gray back to Whitney Dean, who’s much more caring toward the kids as compared to Chelsea.

Upcoming scenes tease that Sharon Watts (Letitia Dean) will tell Chelsea that it’ll be better if she breaks up with Gray. She listens to Sharon’s advice and gives back Gray’s keys. Fans are now worried since they know all about Gray’s murderous history. Viewers know that he already killed three people, Chantelle Atkins (Jessica Plummber), Tina Carter (Luisa Bradshaw-White), and Kush Kazemi (Davood Ghadami). Will Chelsea be his latest victim?

When Lola Pearce (Danielle Harold) visits Isaac Baptiste (Stevie Basaula), a fellow inpatient shares a story about her strained relationship with her son. The conversation makes Isaac rethink his future. Will he reconsider having a life with Lola?

Kheerat Panesar (Jaz Deol) and Ben Mitchell (Max Bowden) have decided to become business partners but many people disagree with their plans. Suki Panesar (Balvinder Sopal) thinks it’s a mistake while Jay Brown (Jamie Northwick) warns Ben that Kheerat should only be his silent partner. Callum Highway (Tony Clay) also has reservations about Kheerat’s role in the business after what happened with Jags Panesar (Amar Adatia). However, Ben won’t heed their warning and tells them that he knows what he’s doing.