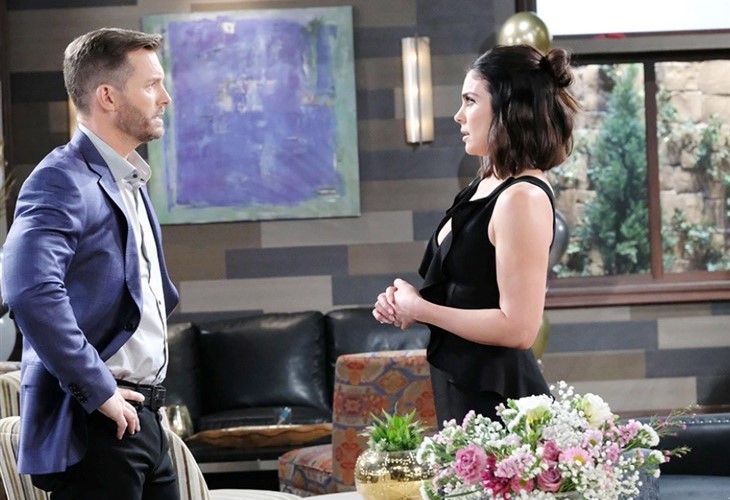 Days of Our Lives spoilers reveal Brady continuing to be single as Chloe tries to decide between him and Philip Kiriakis, but is it time that Brady maybe takes a break from women? You tell us!

Days Of Our Lives Spoilers – Brady Black’s Always In Love

Is there a character in Salem or on soaps who falls in love as often as Brady (Eric Martsolf)? Over the past seven years, he’s been with Kristen (Eileen Davidson and Stacy Haiduk) multiple times, proposed to Melanie (Molly Burnett) right before she skipped town, nearly married Theresa (Jen Lilley), jeopardized his relationship with Eric (Greg Vaughan)when he decided he was in love with Nicole (Arianne Zucker), and has now declared he’s in love with high school girlfriend and ex-wife, Chloe Lane (Nadia Bjorlin), again.

Brady clearly likes being in relationships but none of them ever seem to work out. Even his sister, Belle, told Chloe she is better off with Philip because Brady is nothing but a hot mess who can’t decide which woman he loves from one day to the next. Constantly taking Kristen back also means he might not have good judgment when it comes to relationships.

Perhaps it’s time for Brady to concentrate on getting his own life together before he enters into another serious romance. Maybe he can get to know his son, Tate by traveling out to California and even take Rachel with him so he can focus on his kids rather than yet another woman. (Of course, who knows what could happen with Theresa if he visits Tate?)

DOOL Spoilers – But Romance Is The Bread And Butter of Soaps

How can Brady be single? He’s on a soap opera where nobody stays single for long. Heck, since Adrienne (Judi Evans) died, Justin (Wally Kurth) has been engaged twice, nearly marrying Kayla (Mary Beth Evans) of all people and now ready to wed Bonnie. He and Brady are both members of the Kiriakis clan so maybe the inability to be alone runs in the family.

Brady is also a viable leading man and maybe the right woman just hasn’t come along yet. Wouldn’t it be wonderful if Brady finally found his soulmate and could live happily? Or, does he need to get his own act together first? Let us know in the Days of Our Lives poll below.