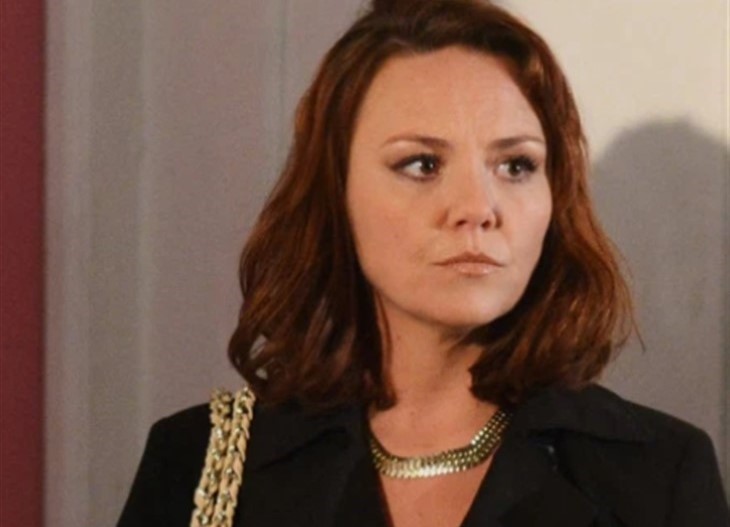 EastEnders spoilers and updates tease that a familiar face will return to the soap. Charlie Brooks will reprise her role as Janine Butcher, which was last seen back in 2014.

The iconic character has “enemies to boot around every corner” and her return will “send shockwaves around Walford.” Janine will return to the Square together with her daughter Scarlett but no other details have been revealed as to what story they’ll bring.

Fans have been wanting to see Janine back on the show and her return may help revive the soap. EastEnders has had a less than stellar performance over the past months. Janine’s comeback could very well be what it needs to get its juices flowing again.

Janine is one of the most memorable characters on EastEnders. She was last seen in March 2014 as she left for Paris to pick up Scarlett. There has been no mention of her since her last appearance. Now that she’s coming back, fans are expecting Janine to bring a lot of drama to Albert Square.

EastEnders Spoilers – Excited To Return To The Square

In a previous interview, Brooks said she’s excited to reprise her role and return to the Square. She believes it’s the right time and she loves playing the role of Janine. She can’t wait to learn what her character has been up to for the past seven years.

Meanwhile, Executive producer Jon Sen described Janine as “one of EastEnders most iconic characters who are loved, and often despised, in equal measure by viewers and all those in Walford.”

He teased that the soap has a lot of drama waiting for Janine. Brooks also remained tight-lipped about the details of her character’s return. But she did hint that it will be exciting and explosive.

Back in February 2019, the actress said she has no plans of going back to the BBC soap. She was busy with theatre work and getting challenging characters. When asked where her character Janine might be, she said she imagines her as “a hippy on the beach” who can “be anyone and go anywhere.” It’s a good thing she changed her mind and finally returned to the soap.

The Young And The Restless (Y&R) Spoilers: Summer Is Threatened – Victoria Comes Clean