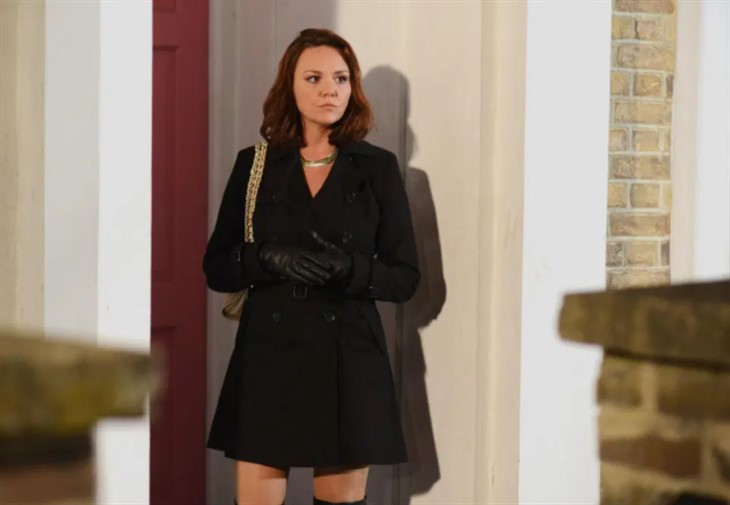 EastEnders news shows that there is great news to report for fans of the longtime BBC sudser. Execs have spilled the tremendous news that Charlie Brooks is coming back as sensational Janine Butcher.

The actress left-back in 2014 and is coming back with a bang! According to showrunners, the character will be involved in the show’s, “biggest storyline of the year.”

EastEnders spoilers show execs have dropped the big tease that a ton of, “drama and scandal,” will blow into town along with the character.

Charlie said of her big comeback, “I am beyond excited to be slipping back into Janine’s shoes and returning to The Square. The time feels right and I can’t wait to find out what she’s been up to for the last seven years! She is and always has been SO much fun to play.”

She added, “Feels a bit like coming home. It’s good to be back.”

Jon Sen is the executive producer and according to him, “Janine is one of EastEnders most iconic characters who is loved, and often despised, in equal measure by viewers and all those in Walford.”

He further teased the appearance by saying, “We have lots of drama in store for Janine, in fact it may be wise for some of the residents of Walford to invest in some slip on shoes….”

EastEnders News – Fans Are So Excited For A Major Return

Rumors of Charlie’s return had been growing in recent days and when the rumor was confirmed, fans shared their enthusiasm on social media, exclaiming that the character would be back to breathe life into the show.

Can Charlie’s murderous character, “save the soap,” as one fan proclaimed? According to The Sun, the nefarious woman will take part in an epic plot planned by BBC execs.

The actress couldn’t contain her own enthusiasm about her role saying, “She’s good fun, I love Janine. I always wonder what she’s been up to. I think it’s really important to sympathize with your characters and for me, she became so layered.”

The character will be later this year and fans will no doubt have a good time speculating about the how and why of her return to Walford.

Be sure to catch up on everything happening with EastEnders. Come back here often for EastEnders news and updates.