The Young And The Restless (Y&R) Spoilers: Summer Is Threatened – Victoria Comes Clean 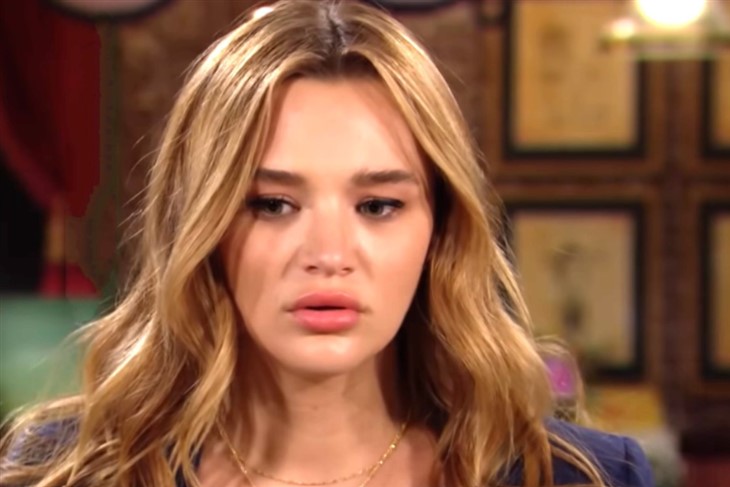 The Young and the Restless (Y&R) spoilers for Monday, June 21, 2021, reveal in Genoa City, Wisconsin Summer underestimating just how much drama two women can cause.

The Young And The Restless Spoilers – Will Summer Newman Fight Back?

Summer (Hunter King) is still keeping up her mature woman act despite seething inside that Kyle (Michael Mealor) has this son that is not hers and is protecting the mother of this son from the big, bad dying husband who is really not so bad at all. Even Phyllis (Michelle Stafford) just warned her she needs a little more fight because Tara (Elizabeth Leiner) is not what she seems.

In fact, Tara looks to be teaming up with Sally (Courtney Hope) to thwart Summer and win Kyle for herself. Sally just wants Summer gone to advance her own career and she doesn’t care how it happens. She is also decidedly not interested in Kyle at all and thinks Jack (Peter Bergman) is much more attractive.

Between Sally and Tara, Summer is in bigger trouble than she could have imagined. Perhaps she starts to get a clue on Monday when she gets an ominous threat. Are we finally going to see the fighting Summer come out to play — the one who doesn’t take anything from anyone? Phyllis would surely be pleased to see her.

Victoria (Amelia Heinle) has a lot to think about now that she’s back from New York and knows that Ashland (Richard Burgi) is dying. She was expecting romance but she got anything but. When Billy (Jason Thompson) comes around, she decides it’s time to set some boundaries.

He asks her everything about her trip and wants all the details, but Victoria finally tells him he’s not entitled to that anymore, especially since she doesn’t ask every detail about his life with Lily (Christel Khalil).

The Young And The Restless Spoilers – Mariah Copeland Blows A Secret

Perhaps it’s pregnancy brain that prompts Mariah (Camryn Grimes) to tell a big secret, but what could this secret be? Does she know the sex of the baby that Abby (Melissa Ordway) doesn’t want to know? Will she tell her or tell someone else who shouldn’t know? Stay tuned to The Young and the Restless weekdays to see how these stories play out.

General Hospital (GH) Spoilers: Emme Rylan And Her Family Are Getting Into The Summertime Fun Spirit