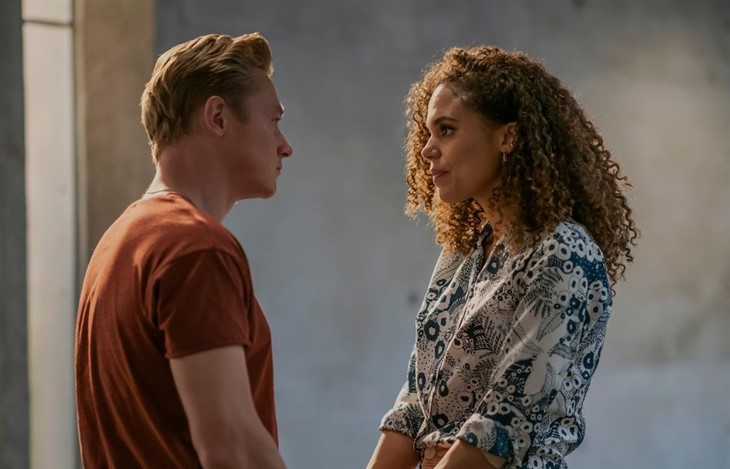 Two former “EastEnders” stars, Jessica Plummer and Ben Hardy have ended speculations about their romance as they were spotted kissing on one of their night outs in London.

The couple both joined the cast of the BBC series but they have never done a scene together since Hardy who played as Peter Beale stepped out in Walford last 2015 and Plummer who portrayed Chantelle Atkins made her way to Albert Square last 2019 and eternally left the show last year when her on-screen husband, Gray Atkins (Toby Alexander Smith) killed her.

Plummer and Hardy allegedly hailed as lovers when they were spotted dating around August this year and were seen attending the concert of Jade Bird earlier this week. Fans have speculated about their relationship especially with Ben Hardy’s split with his ex-girlfriend, Olivia Cooke.

As reported by The Sun, their relationship ended when they were both at the peak of their career and barely had time for each other, which led their love to just fade away.

Fans got their questions answered when Jessica and Ben were spotted together having a cozy night in the streets of London. The 29-year-old actress hailed a taxi, and she pulled her boyfriend closer and kissed him before she entered the vehicle leaving their supporters to believe that the two are already in a romantic relationship.

Jessica Plummer and Ben Hardy, who recently confirmed their love through a kiss, are starring in the newest four-part television drama titled, “The Girl Before” as a couple.

“The Girl Before” is an adaptation of JP Delaney’s bestselling novel, which states about the life of a woman named Jane (Mbatha-Raw) who lives in a mysterious house. Jane feels something is wrong since the day she moved in, which leads her to communicate with her predecessor, Emma (Plummer).

After discovering the similarities of their experiences while staying in the house, Jane needs answers to her questions about the mystery and wonders if she will also encounter the same circumstances just like the girl before.

The “EastEnders” alum Plummer and Hardy play as Emma and Simon respectively. It has been reported that the two grew closer when they started filming the series, especially that they portray as a married couple.

An insider told The Sun about how their relationship started: “Their on-screen chemistry turned into them spending off-screen time together since June.”

Days Of Our Lives Spoilers: Did Johnny And Chanel Elope In Italy?