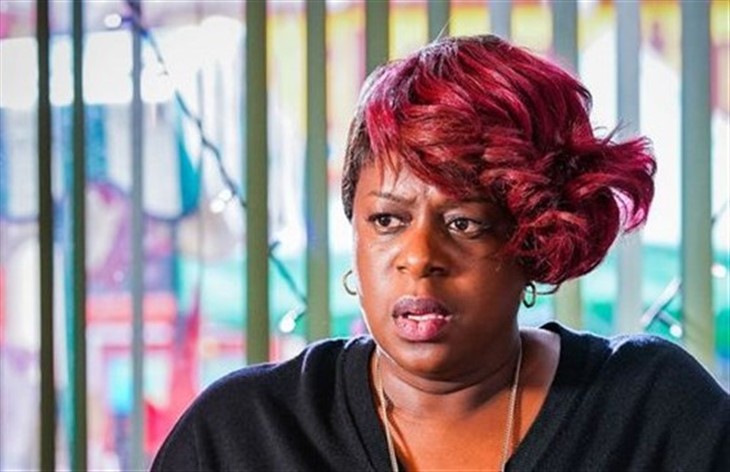 EastEnders spoilers and updates tease that Kim Fox (Tameka Empson) will finally learn about Denise Fox’s (Diane Parish) betrayal. Denise will find herself in a position where she can no longer deny the truth. She’ll eventually come clean that she knew about Phil Mitchell’s (Steve McFadden) involvement in Vincent Hubbard’s (Richard Blackwood) death all this time.

Fans may recall that Vincent got on the wrong side of gangster Aidan Maguire. Vincent vanished and was never seen in Walford for more than three years. EastEnders killed Vincent off but Kim was still unaware as to who killed her husband and the father of her children.

Kim wanted to know what happened to Vincent so she started on a mission to look for her husband. However, her sister, Denise warned her that what she’s planning is dangerous. So Kim decided to pour all her attention on her kids.

So, she’s on a quest to get her daughter into a prestigious school. She set up a GoFundMe page so she could raise funds for Pearl’s private education. A lot of people have started to send in their donations.

When Denise learned about Kim’s plan, she felt guilty so she offered to give some money from the salon. However, Kim refused and said she doesn’t want anything to do with Phil’s money.

Next month, more drama is coming Kim’s way. She’ll finally learn about Denise’s betrayal. Fans may recall that Denise had a deal with Phil. She’ll keep her silence over the death of Vincent Hubbard in exchange for money.

Denise needed cash to purchase the salon but she knows that her grieving sister will be devastated if she learns the truth. But Denise won’t be able to keep her secret for long.

Kim confides in Phil that she knows Vincent is dead. Guilt-stricken Phil opens up to his partner Kat Slater (Jessie Wallace) and explains that he didn’t kill Vincent but he had a part in his death. Kat encourages Phil to speak to Kim and come clean.

Phil takes Kat’s advice and talks to Kim. However, he also tells her not to do anything because things will get worse if Aiden finds out. Kim is left furious and tells Denise and Jack Branning (Scott Maslen) that she wants Phil to pay for what he’s done. Kim puts the puzzle pieces together and asks if Denise knew what had happened to Vincent all this time.

After being confronted by Kim, Denise finds herself backed into a corner. She has no choice but to admit that truth, which will leave Kim feeling devastated. Denise will even try to justify her decision but Kim will continue to feel betrayed.