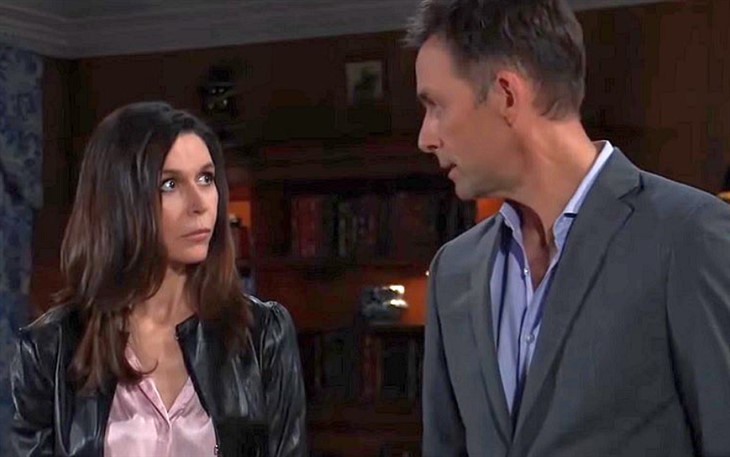 General Hospital (GH) gave us quite a year with broken romance, doing couple shuffles all over the place, killing the male lead with one major couple (we’re talking Franco Baldwin), and all-around changing the game when it comes to Port Charles love stories. However, one pair emerged victorious as the best match of 2021 — and a couple to watch in 2022.

Anna Devane (Finola Hughes) and Valentin Cassadine (James Patrick Stuart) finally admitting they have feelings for one another was a long time coming. For Anna, she just seems to have discovered these feelings this year after her romance with Hamilton Finn (Michael Easton) ended. And we all know that Valentin has carried a torch for Anna since their WSB training days. But they went in completely opposite directions in life and Valentin had to be humanized enough for him and Anna to finally work together.

Thanks to James Patrick Stuart, Valentin is one of the most multi-layered and human characters on the show, despite doing horrible things in his life. Anna and Valentin also needed to get other people out of their system, including Finn and Nina Reeves, to make this match work.

Over the last few years, Anna and Valentin became friends and even partners as they took down Anna’s crazy sister, Alex Marrick (also Finola Hughes), but this year it became clear they have taken things to the next level.

Now, Anna and Valentin are closer than ever and they look like they are going to grow a lot closer in the coming year. He can be himself with her and she will put him in his place when he veers off course. And when Valentin calls Anna “Darling” in that Valentin sort of way, we all swoon.

So far, they have only shared two kisses — once with fireworks on the Fourth of July and another time in Crete when Valentin was piss drunk and Anna threw caution to the wind and thought he’d never remember a thing. Hopefully, both characters throw caution to the wind in 2022 and give us the full-blown love story we’ve been waiting for. Stay tuned to General Hospital weekdays to see what happens to Anna and Valentin next.