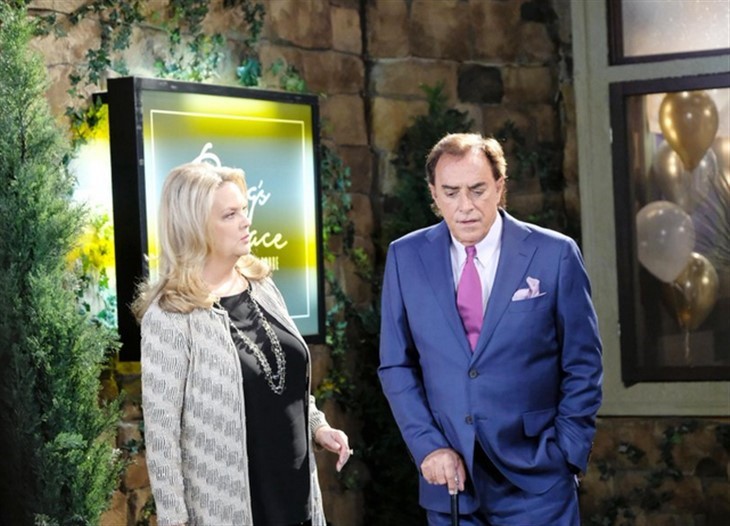 Days of Our Lives spoilers reveal that Tony DiMera (Thaao Penghlis) and Anna DiMera (Leann Hunley) will be enticed by a new opportunity. Johnny DiMera (Carson Boatman) wasn’t able to get his father to invest in his newest project. He’s not going to let that stop him, though. When Tony and Anna agree to be Johnny’s investors, EJ DiMera (Dan Feuerriegel) could explode.

DOOL spoilers reveal that Johnny surprised EJ by being the person who came out of the DiMera tunnels. They joyfully reunited but then things turned tense. For one thing, Johnny learned about Sami DiMera’s (Alison Sweeney) affair. Then, EJ admitted that he didn’t care where Sami was, which Johnny felt was harsh. EJ might be furious with Sami, but she is still Johnny’s mother.

Johnny revealed that he wants to make movies and asked his father for money to invest in the project. However, EJ doesn’t think that it’s a good idea and suggested Johnny work at DiMera Enterprises instead. The two ended up in a huge fight and Johnny stormed off to get a strong drink, which is where he met Chanel Dupree (Raven Bowens).

Days of Our Lives spoilers reveal that Johnny isn’t going to give up just because EJ refused to invest in his project. He is going to think about who he could get on board. Johnny approaches Tony and Anna during the week of August 23. Johnny tells them all about his dream and how he believes that he could really be good at making movies. The only problem is he needs investors.

It is teased that Tony and Anna will be intrigued by Johnny’s proposal. Maybe they take a look at Johnny’s shorts on his phone and realize that he’s onto something. Tony doesn’t make foolish decisions but he also knows the movie business can be unpredictable. He could get a return on this investment or end up losing everything he puts into it. So, Tony will think about the proposal.

This by itself could have EJ throw another temper tantrum. EJ’s life is out of control right now. He couldn’t control Sami and now he has lost control of Johnny. People aren’t following orders from him like they used to. While EJ may fume at Tony and Anna for helping Johnny, could he also take drastic action to stop the movie from ever taking off? It certainly is possible but we will have to keep watching the NBC soap to find out what happens with this storyline.