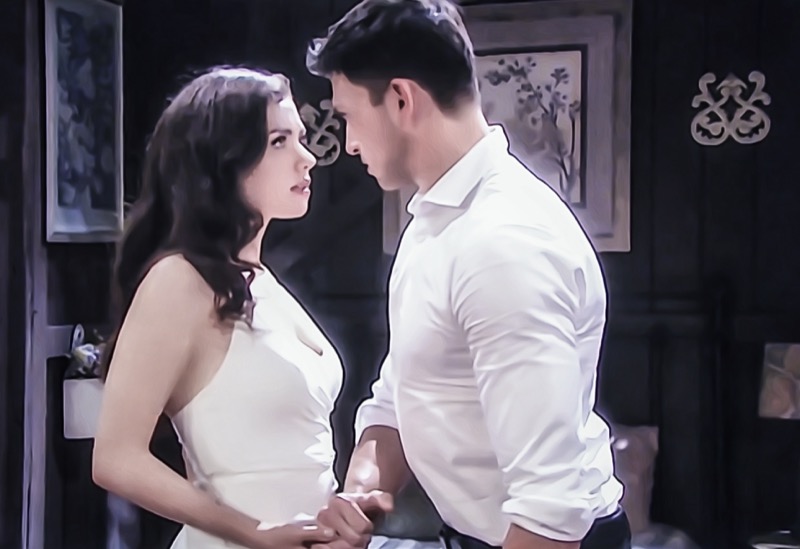 Days of Our Lives (DOOL) spoilers for Friday, August 20, 2021, reveal in Salem the day Cin fans have been waiting a year for. Ciara and Ben get married and this time, nobody blows up. Oh, happy day!

Days of Our Lives Spoilers: A Salem Wedding To Remember

Ben (Robert Scott Wilson) really, really tried to not let Ciara (Victoria Konefal) divorce him. He probably knew it was a waste of time as he refused to sign the papers and then burned them. Ciara got an annulment anyway and planned to marry Theo (Cameron Johnson), but Ben kidnapped her, and thankfully, her memory returned and all was right with the world again.

Except they’re not married. Well, Ben plans to remedy that and throws Ciara an impromptu wedding just a little over a year after their last wedding. Marlena (Deidre Hall) is on hand to officiate and no bombs go off this time. It’s everything Ben and Ciara could have dreamed of.

Claire (Isabel Durant) also makes an announcement at the wedding. She’s leaving Salem and moving to South Africa with Theo. Apparently, she will be Ciara’s replacement in Theo’s life. It seems to be exactly what she wants.

Allie Horton Gets A Surprise

Johnny (Carson Boatman) has been in Salem two days already and still hasn’t seen his twin sister. He’s seen his father, EJ (Daniel Feuerriegel), and met Chanel (Raven Bowens) and began hitting on her, but so far, no Allie (Lindsay Arnold). Well, that’s about to change as brother and sister reunite.

Will Allie mention that their mother is missing? Will Johnny even care? And will anyone find it unusual that Sami (Alison Sweeney) is just sending generic text messages? Do these people live in Genoa City and appear on The Young and the Restless?

EJ and Nicole Team Up

Sami revealed Nicole’s (Arianne Zucker) affair with Xander (Paul Telfer), so Nicole revealed Sami’s affair with Lucas (Bryan Dattilo) and now everyone is single again. And Sami is even missing! So, EJ turns to Nicole for help, but what does he need help with? Does he want her to convince Johnny to join DiMera Enterprises? Does Nicole even have any control over EJ’s kid? Stay tuned to Days of Our Lives weekdays to see how these stories play out.