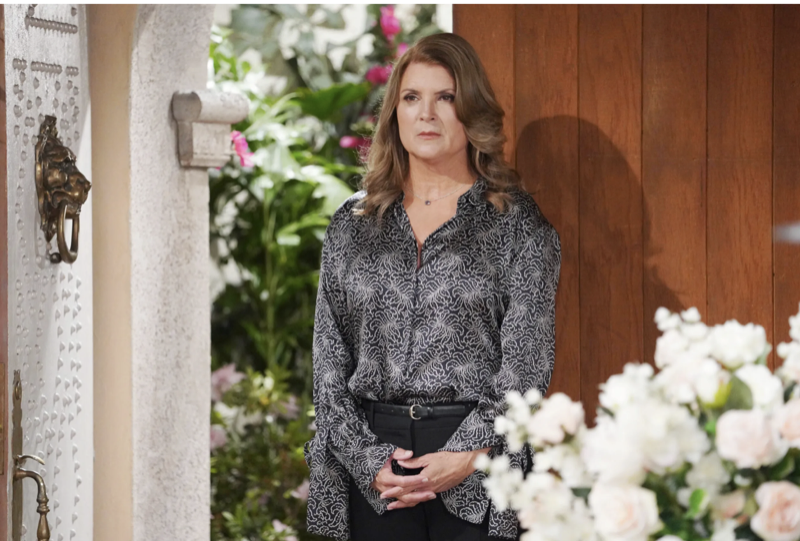 The Bold and the Beautiful (B&B) spoilers for the next two weeks in Los Angeles reveal that Steffy Forrester’s (Jacqueline MacInnes Wood) marriage might already be over. Meanwhile, Eric Forrester (John McCook) will defend Quinn Forrester (Rena Sofer). However, Eric will also be grappling with knowing that Quinn would rather be with Carter Walton (Lawrence Saint-Victor).

However, during the week of August 30, Sheila will renegotiate. Meeting Finn and holding Hayes won’t be enough anymore. Shiela makes more demands of Jack, each one worse than the last. At some point, Jack is going to have to just blurt out the truth and accept the consequences.

When Jack convinces Finn to meet Sheila and allow her to hold Hayes, Steffy will be away on a business trip with Hope Logan Spencer (Annika Noelle). However, something must nag at Steffy’s heart. It is speculated that she comes home earlier than expected because she walks in to see Shiela holding Hayes.

Steffy will lash out at Finn for betraying her trust. Plus, Sheila gets the idea that Steffy might be her enemy. We’re not sure why Sheila wasn’t aware of this before. Perhaps that just shows how delusional the woman really is. This new development will force Steffy to make a difficult decision about her marriage.

The Bold and the Beautiful spoilers for the next two weeks reveal that Eric will try to prove his love to Quinn. When Ridge Forrester (Thorsten Kaye) and Brooke Logan Forrester (Katherine Kelly Lang) try to “save” him from Quinn, Eric lashes out. While Quinn will be touched that Eric is finally defending her, that won’t make her fall in love with him again.

The Bold And The Beautiful Spoilers: Eric Forrester’s Epiphany

Quinn keeps talking about her commitment and loyalty. Quinn has told Eric that she loves him, but since the reconciliation, she hasn’t said “in love.” As fans know, love and in love are two different things. This could very well be the reason why Eric pretended to be asleep when Quinn was waiting for him to come up to the bedroom. In two weeks, Eric just might have an epiphany about his marriage.