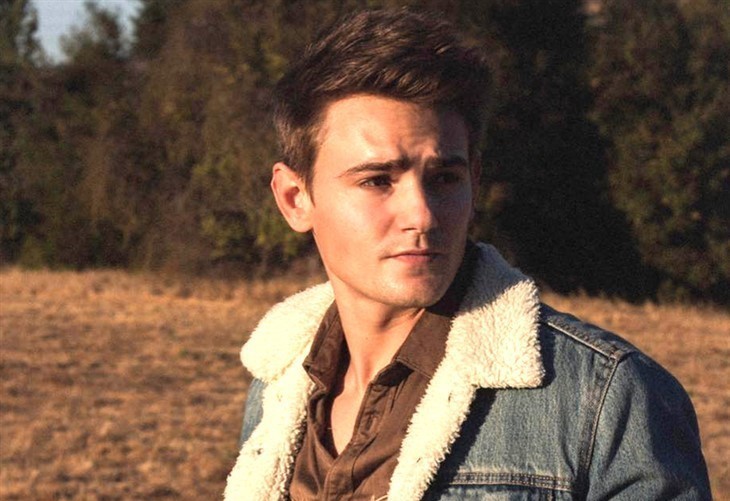 Days of Our Lives spoilers reveal that when the soap was renewed in May, executive producer Ken Corday shared what to expect after the Olympics. He warned viewers that they are working on a nuclear bomb. With Johnny DiMera (Carson Boatman) coming to Salem, he could be at the center of the catastrophe? Plus, is it an actual bomb or just a figure of speech?

DOOL spoilers reveal that the soap was renewed by NBC for two years, which hasn’t happened in a while. So, it was a lot to celebrate and Corday updated fans with some big plans. Even though the target date for the teasers was fall 2021, the executive producer said they are working on a nuclear bomb that is set to explode when the Olympics end.

“We’re building the next nuclear bomb as we speak. Watch out, come the end of the Olympics, the beginning of the fall season: We’re about to knock viewers on their butts. Trust me, this will be great!”

Even though Corday told Soaps.com earlier this year that they are “building” the next nuclear bomb, it is most likely figuratively. For one, there have been explosions in Salem before but a nuclear bomb would annihilate the entire town of Salem. Killing a few characters is one thing, but they are not going to murder the entire cast. If it were an actual nuclear bomb, Salem — and the soap — would be history.

Days of Our Lives spoilers reveal that EJ DiMera (Dan Fuerriegel) just found out about “Lumi.” It is stated that after finding out about Sami DiMera’s (Alison Sweeney) affair, EJ will become darker than ever. He is definitely planning something big to make Lucas Horton (Bryan Dattilo) suffer the consequences. EJ loves Sami, but he is known to become cruel when crossed.

Sami doesn’t know that her affair is no longer a secret. EJ is intentionally acting like everything’s just wonderful and that is what’s making us worry. At the very least, EJ doesn’t want Sami warning Lucas of what’s coming. The worst-case scenario is EJ plans on making his wife suffer.

It is confirmed that we will be seeing Johnny in Salem soon. He will reunite with his parents, as well as his sister, Allie Horton (Lindsay Arnold). It is hinted that EJ commands Johnny to “be good.” Well, in EJ’s mind that means not just having the DiMera name and bloodline, but acting like one. EJ’s secret plot might require him to recruit people he can trust. He will likely turn to his son, but will Johnny really follow orders and get it done the DiMera way?

The only problem is that Sami is Johnny’s mother and Lucas is Allie’s father on Days of Our Lives. Nobody knows what kind of man Johnny is turning into. However, we are predicting that he will want to make his father proud. At the same time, he’ll try to protect Sami as best as he can. Will that go to the extent of preventing Sami’s grief when EJ makes Lucas suffer? We will have to keep watching to find out. What is certain is that no matter what happens, there are no winners in EJ’s sinister game.