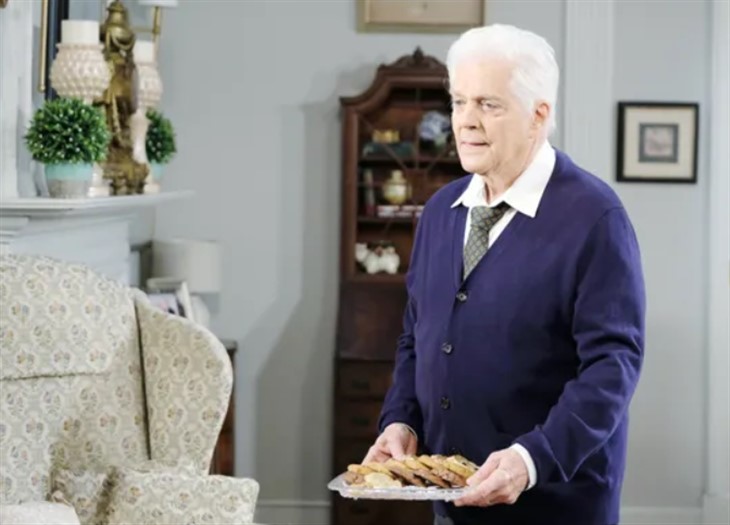 Days of Our Lives (DOOL) spoilers for Thursday, September 16, 2021, reveal in Salem Doug and Julie trying to find out what’s been going on with him, so they turn to the best doctor in town, Kaya Brady Johnson.

Days Of Our Lives Spoilers – Is Doug Williams A Medical Mystery?

Locking Julie (Susan Seaforth Hayes) in the freezer at Julie’s Place and mistakenly calling Roman (Josh Taylor) “John” and Marlena (Deidre Hall) “Vivian” has both Doug (Bill Hayes) and Julie worried that he may be suffering from some sort of dementia and it terrifies them both. So, they decide to get to the bottom of things and go to the only doctor who seems to do anything at Salem University Hospital.

It’s time for Allie Horton (Lindsay Arnold) and Chanel Dupree (Raven Bowens) to open up their little bakery in Horton Square, Sweet Bits. Will it be a success or will someone or something come along to ruin their happiness? Perhaps there might even be tension between the two women that prevent their bakery from being a success.

Elsewhere, Chanel’s mother, Paulina (Jackee Harry), decides it’s time to confide in Marlena. Will she confess about Lani’s (Sal Stowers) true parentage? And why does she decide to confide in Marlena? She was Tamara’s (Marilyn McCoo) friend more than she was Paulina’s, but Marlena does look like a good secret keeper, right? Maybe Paulina will turn to her in a professional capacity.

Days Of Our Lives Spoilers – Johnny DiMera Won’t Give Up

Johnny (Carson Boatman) is as determined to make his movie about his mother’s fantastical life as ever. He has his funding and he’s ready to take a look back at the past, but he needs a script. Spoilers say he gives his big brother Will (Chandler Massey) a call. Will he convince him to be his script writer or at least give him the script he originally wrote about his mother way back in 2014? Stay tuned to Days of Our Lives weekdays to see how these stories play out.