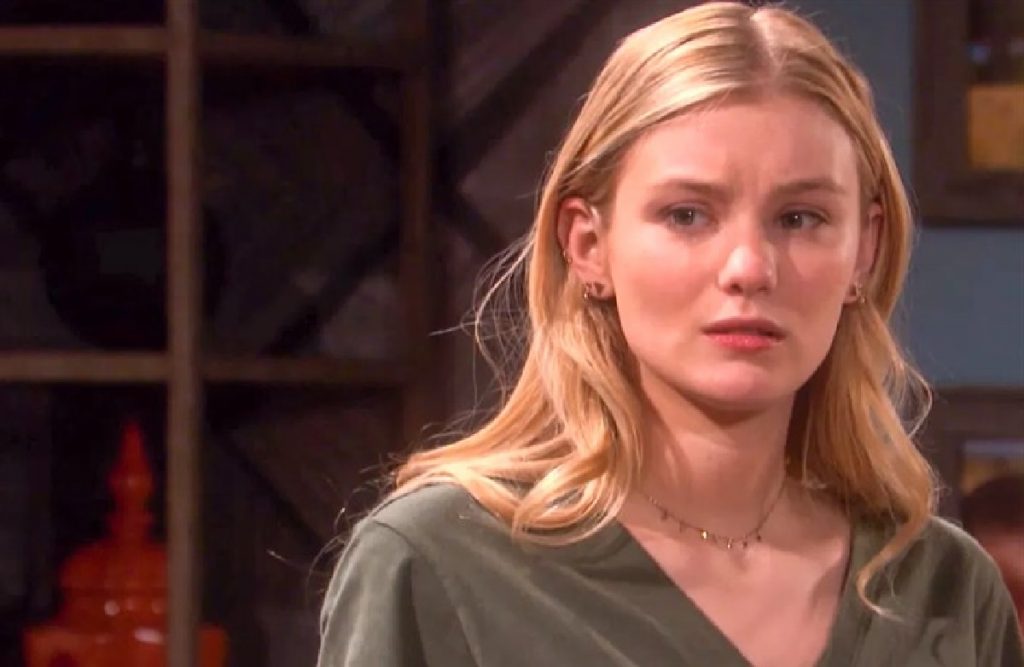 Days of Our Lives spoilers for the week of August 30 reveal that Allie Horton (Lindsay Arnold) finds out about Chanel Dupree’s (Raven Bowens) new boyfriend. Allie is not pleased to say the least. In fact, she ends up exploding and not only does it cause tension with Chanel, but kicks off a heated feud with Johnny DiMera (Carson Boatman).

DOOL spoilers reveal that Johnny and Chanel are just starting their romance. Despite both of them liking each other a lot, neither has told Allie. She knows that Johnny met an intriguing girl and Chanel was interested in a guy, but has no clue they are together. During the week of August 30, Allie will finally learn the truth.

It is teased that Allie will explode with rage when she finds out that Johnny and Chanel are dating each other. Allie will come up with all kinds of reasons why they shouldn’t be together. However, the truth is that Allie still has unresolved feelings for Chanel. Despite choosing Tripp Johnson (Lucas Adams), Allie isn’t over her feelings for Chanel. The new mother just won’t be able to admit it yet.

Days of Our Lives spoilers reveal that Allie will be angry with her brother. Allie will feel that Johnny should have told her that the girl he was interested in was Chanel. However, there is no way Johnny could possibly know that. He doesn’t see what the issue is but will soon come to the conclusion that Allie still has feelings for Chanel.

Days Of Our Lives Spoilers Next Week: Chanel Dupree’s Turmoil

Meanwhile, Allie and Chanel are getting closer to Sweet Bits Bakery’s grand opening. The two will still work together but the partnership will be tense. Allie expects Chanel to dump Johnny immediately. However, it doesn’t sound like Chanel is going to do that. When Allie vents to Nicole Walker (Arianne Zucker), she is called out for being jealous. While that might be true, Allie might not want to admit it.

Will Allie end up admitting she still has feelings for Chanel? In the end, will Allie change her mind about being with Tripp or keep the truth to herself? If so, what does that mean for Johnny and Chanel? It has been teased by Bowens that the situation will end up resembling an episode of The Jerry Springer Show, so we don’t expect a quick resolution. The love triangle has just gotten a whole lot more complicated. We will have to keep watching the NBC soap to find out what happens with this storyline.