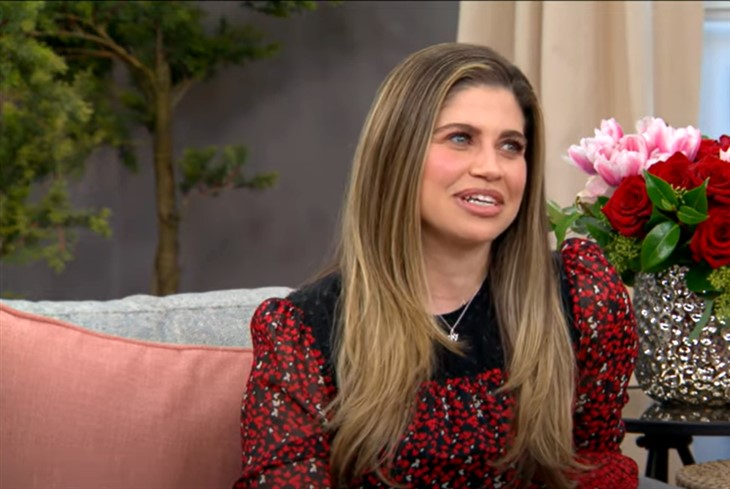 The Boy Meets World alum “couldn’t be more grateful” than to learn that she is pregnant with her second baby with husband Jensen Karp. The actress surprised fans on her birthday with the announcement of her pregnancy. She shared the news on her Instagram account this Wednesday to the outflow of joy from her fans.

The Full House star revealed that she is expecting her second child with her husband Jensen Carp who she married in 2018.

“F O R T Y! I’ve never been more excited or hopeful for the next decade of my life,” she began writing, alongside a widely smiling photo of her cupping her baby bump. “I had a beautiful childhood, teenage years I still dream about, my 20’s were insane (and mostly miserable) and my 30’s brought me lows and highs but eventually I leveled out to a place of security.”

“Security in who I am, what I believe, and with whom I want to spend precious time,” continued Fishel. “I couldn’t be more grateful to enter my 40’s with my amazing husband and son, excitedly expecting the arrival of baby boy #2. My birthday wish is for all of you to tell someone how much you love them and walk through today with more patience than you normally might.”

The couple, who tied the knot on November 4, 2018, announced in January that they were expecting their first child in July 2019. On July 1, 2019, Fishel and Karp announced that Fishel had given birth almost a month before the due date in an Instagram post.

Adler was placed in the neonatal intensive care unit due to fluid buildup in his lungs for 21 days.

“Adler is bottle-fed because of the issue that he had, something called chylothorax. It’s a leak in the lymphatic system,” Fishel shared with PEOPLE in September 2020. “Unfortunately, my breast milk was creating fluid in his lungs, and we had to take him off of breast milk and put him on a specially formulated formula that doesn’t use the lymphatic system.”

Adler’s condition chylothorax caused him to be rushed by ambulance to Children’s Hospital Los Angeles after staff at Providence Tarzana Medical Center, where he was born, noticed that his lungs weren’t healing themselves as was previously expected, which Fishel said she learned was common with babies suffering from the rare condition.

Candace Cameron Bure Credits Pandemic As The Reason She And Her Husband 'Got To Enjoy One Another' #CandanceCameronBurehttps://t.co/w2nasXbxLe

“That was obviously devastating for us. It was traumatizing,” recalled the mom at the time. “We were not expecting that. The last thing we had heard was that it looks good, the fluid’s going down. We expected to have this ultrasound done and be told there was no more fluid in his lungs.”

“We were trying to be as positive as possible, and letting each other know that we’re okay,” Fishel opened up about her newborn’s health scare. “We were obviously both still thinking of the other one, and saying, ‘Oh God, I hope he’s okay,’ and ‘She’s worried about me.'”

She explained that seeing other parents at the hospital with little ones and what they were facing helped them put their own terror into perspective. She said that she became grateful just to have Adler alive. “For every first-time parent, it’s an adjustment to know it wasn’t ideal, but he’s healthy and he’s going to make it. We have the best doctors around us, etc. Those are the things you kind of ease into,” she concluded.