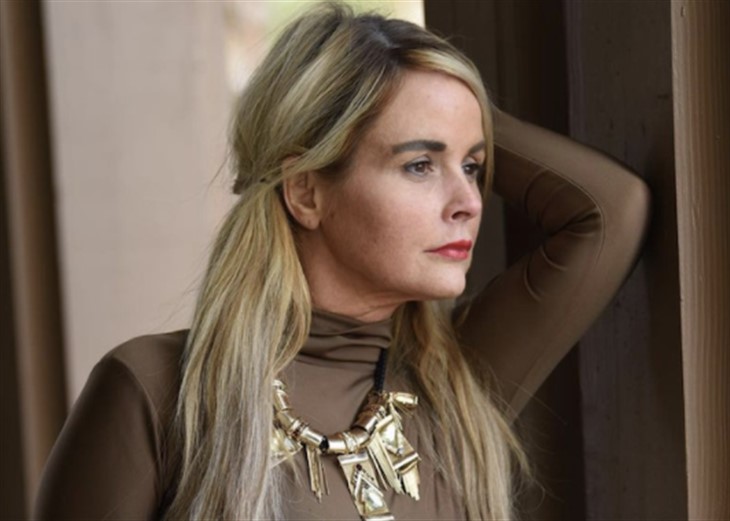 Stephanie Davison has been keeping quiet and laying low since her shocking solo tell-all after starring in season 8 of 90 Day Fiancé. However, now she is back with a vengeance and has stunned her fans with a new makeover. In fact, the self-proclaimed cougar is looking younger than ever, according to her Instagram account.

Stephanie Davison’s controversial “relationship” with Ryan caused quite the buzz. However, the way she moved on so quickly with his cousin Harris really had fans shocked. Fans will remember how she seemed “intoxicated” in those scenes with Harris, which attracted a lot of criticism.

However, when Stephanie didn’t show on the 90 Day Fiancé season 8 Tell-All, fans were left disappointed. She then hosted her own tell-all in the form of “Sofa Talk with Steph.” During that tell-all, she revealed some shocking secrets. Not only did she reveal that she and Ryan were no longer a couple when filming the TLC reality show, she also revealed that Harris’s storyline was scripted.

On Instagram, Stephanie made shocking claims of producer manipulation on the show. She also said the rumors of her being intoxicated or high on drugs came from the fact that she was exhausted on set. However, producers insisted she keeps on filming, regardless. Stephanie also admitted that she did the reality TV show to promote her own business. 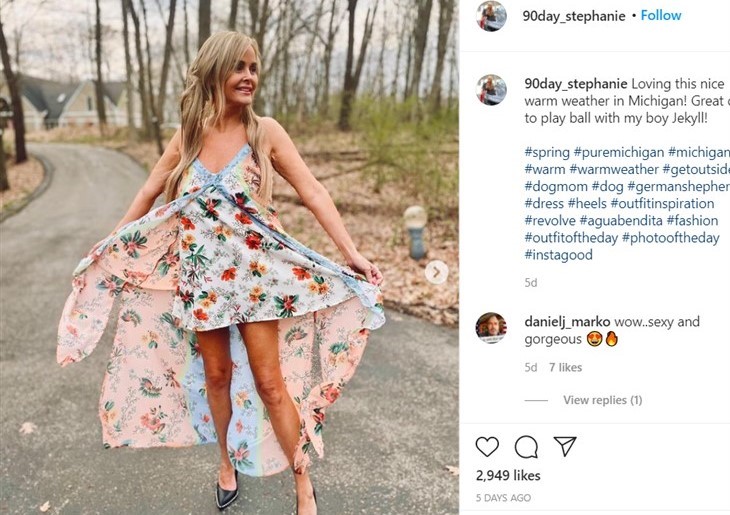 Since then, Davison has been laying low, until now, when she has made a stunning Instagram post. Stephanie has always looked younger than her looks, right from the start. However, in the new image, she looks totally beautiful, young, and sexy, wearing a leg-revealing, flowing dress.

Stephanie captioned the image, writing, “Loving this nice warm weather in Michigan! Great day to play ball with my boy Jekyll!” 90 Day Fiancé fans raved over her new look, with comments like, “Stunning,” “wow… sexy and gorgeous” and “looking great as always Steph!!!!”

Several months ago, a fan on Instagram asked Stephanie how she does it. Davison confessed at the time that her youth serum injections knocked her back $4,500 a year. However, she also offered up an alternative solution, which included not drinking much alcohol and getting at least 8 hours of sleep a night. Stephanie added that to keep young, it was also necessary to drink at least 8 glasses of purified water daily. Apparently, for exercise, Stephanie loves her hula-hoop.

Congratulations to TLC alum Stephanie Davison for coming back so strong after her stressful experience on 90 Day Fiancé!

Fans can currently watch 90 Day Fiancé: Happily Ever After? on TLC, Sundays at 8 pm ET.