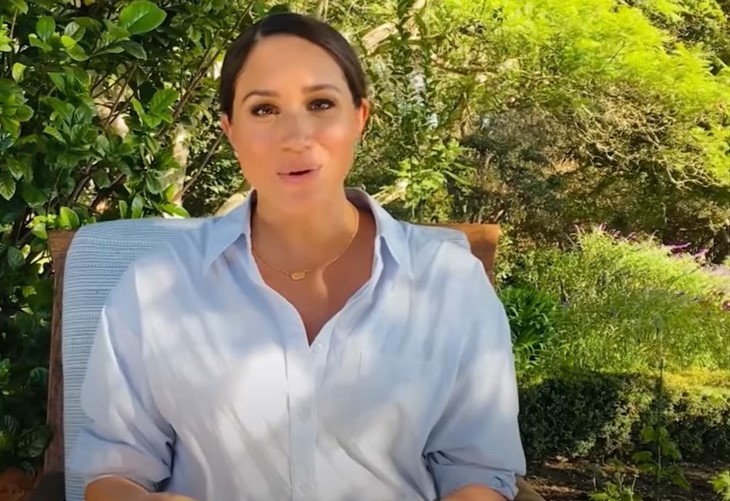 The royal news and updates tease that Meghan Markle’s father, Thomas Markle, could spill “embarrassing” secrets about her, according to a biographer.

Since Meghan Markle’s engagement with Prince Harry, she and her father have become estranged. Meghan reportedly hasn’t talked to her father for a long time, even when the duchess and Prince Harry left the British family.

Meghan And Father Used To Be Close

Tom Bower, an author who plans to publish a biography about Meghan, said that Meghan used to be close to her father and even spoke lovingly about him. However, she reportedly changed from being a family-oriented daughter when she got engaged to Prince Harry, and even more so when they got married.

Bower said that if Meghan will continue to ignore her father, Thomas Markle can reveal more embarrassing details of her life. “I think Thomas is keeping some things back and that he has a lot of embarrassing stuff on her. There are skeletons in the closet and, when provoked, I think the secrets could all come out,” Bower told Closer.

Bower suggests that Meghan should start communicating with her father or more will come out. Thomas Markle has said that until his daughter speaks to him, he will continue to do interviews and talk publicly about her.

Recently, Thomas Markle made another public attack against his daughter, telling the media that all the duchess and her husband care about is money.

“Harry’s coming out with a book, and that can’t be anything but cruel and to insult his grandmother, the Queen. It’s a ridiculous idea, and it’s just something for money. That’s all they’re doing. Everything they’re doing is for money,” Thomas Markle said in Good Morning Britain on October 19.

The 77-year-old retired Hollywood lighting director also said in the interview that he’s worried he might not live to meet his two grandchildren from Meghan. Prince Harry and Meghan currently live in California with their kids, Archie and Lilibet, but never met Meghan’s father.

“We’re at a point where I think both of us, we should grow up, talk, make up for the sake of the children. This is ridiculous. Almost four years. It’s crazy,” Mr. Markle said during the interview.

Be sure to catch up on everything happening with the royals right now. Come back here often for royal family news and updates.

Days Of Our Lives Spoilers: Can Marlena Save Herself From The Devil This Time?

Days Of Our Lives Spoilers: MarDevil Wrecks Havoc, John’s Life On The Line