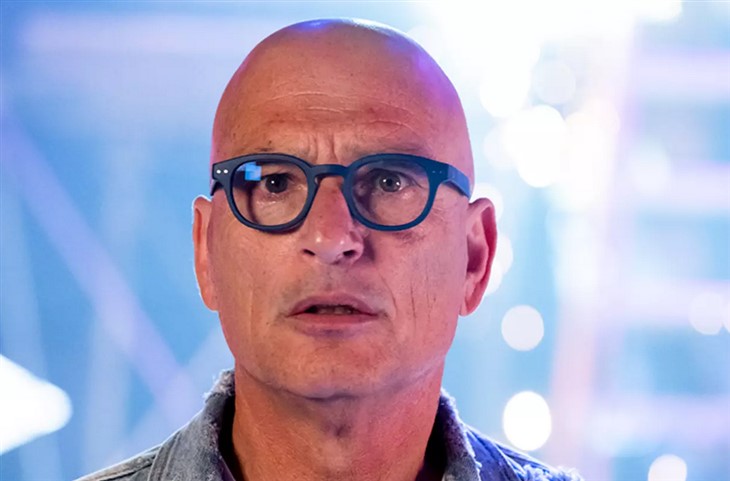 British royal family news show that before Meghan Markle began calling herself the Duchess of Sussex she was a skimpily dressed trotter called a “briefcase girl” on the game show Deal Or No Deal. Which is the real Meghan, the cheesy grin, stiletto wearing hostess with the mostess or the woman who now describes herself as a humanitarian? Hard to tell.

After kissing many toads, plus a starter marriage, Meghan Markle married Prince Harry. Back when she was proud to wear her torn jeans and tennies, today she makes it a point of wearing “blood diamonds” and designer duds. Because she can.

But not everyone is so willing to let her self-important transformation go without a little ribbing.

Before she hit the royal jackpot Meghan was a struggling actress and accepted work as a “briefcase girl” on the game show Deal or No Deal. Guess what, that show is returning to CNBC, and host Howie Mandel has a word or two to say about the former hoofer.

According to Fox News Mandel made fun of Meghan Thee Duchess of Sussex during the Television Critics Association press tour. “She was slightly duchessy,” he laughed which brought about wicked laughter.

He along with executive producer Scott St. John went on to comment on the then one of many briefcase girls, nine years later with the show once again on the airwaves. Do you think Meghan will make a guest appearance?

“She was not involved in many episodes, but I did remember her. She was a very nice person,” St. John said. “I can’t say that I saw anything—I actually think all the women on our show are special.”

Good pivot! Pictures show that Meghan was one of a bunch of similarly dressed women with big hair and even bigger grins. And little dresses.

He added, “Not everybody will have the opportunity to meet royalty, but these are all accomplished people that have something substantial—they’re not just standing there holding a case,” he said. “They have careers, they have hobbies, they have families, they’re entrepreneurial—they’re all people. So, when somebody like Harry meets somebody who just happened to be on our show, there’s a lot to offer.”