Days Of Our Lives Spoilers: MarDevil Wrecks Havoc, John’s Life On The Line 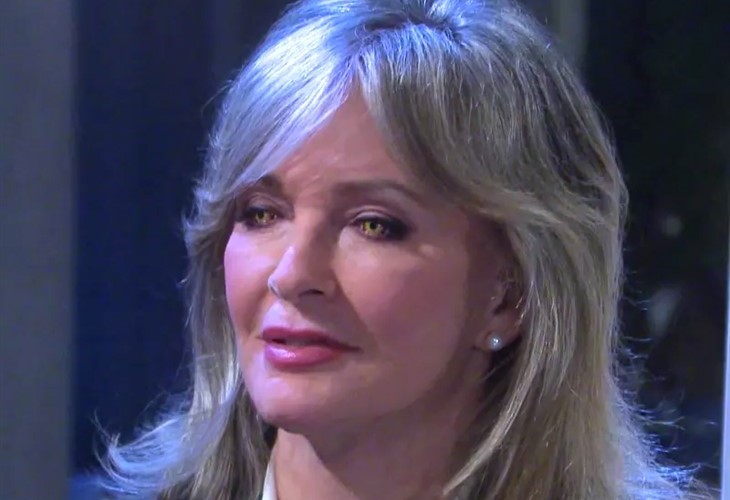 Days of Our Lives (DOOL) spoilers for Friday, October 29, 2021, reveal quite the Halloween as MarDevil’s plans seem to be coming together.

Days Of Our Lives Spoilers – What Will Happen To John Black Now?

John (Drake Hogestyn) was pretty quick to figure out that The Devil had possessed Marlena (Deidre Hall) again and when they had their confrontation at St. Luke’s Church, it was obvious he was in big trouble. We know that John has ended up somewhere he doesn’t want to be but on Friday we learn MarDevil placed him in a crypt, which can’t be a fun place to spend Halloween.

With Johnny (Carson Boatman), Allie (Lindsay Arnold), and Chanel (Raven Bowens) ready to unleash some evil spirits that will likely end up in the terrorizing Salem, this definitely can’t be good. John thinks he is actually in hell when he sees what is really going on and things become precarious for him. He finally remembers how he got into his current situation but at the moment, he can find no way out of it.

But he will not be alone. MarDevil decides to pay him a visit and torture him some more — and she is even dressed for the part, something that completely alarmed Belle (Martha Madison). Her mom was definitely not acting like herself.

DOOL Spoilers – A Blessing Or A Curse For Ben Weston And Ciara Brady?

Ben Weston’s (Robert Scott Wilson) swimmers must be Olympic trained because Ciara (Victoria Konefal) gets a positive pregnancy test already. While the newlyweds are thrilled, they have no idea what’s about to happen. The wind that blew their bedroom window open and Rosemary’s Baby playing on the TV didn’t give them a clue, but Marlena is carrying Satan’s spawn. Sure, Ben may have had a part in it, but so did MarDevil and that’s about to become a big problem that this couple doesn’t anticipate at all.

Will Ciara get any clues in her pregnancy about what’s really going on in her uterus? This is going to be quite the precarious pregnancy, indeed, but perhaps Ben and Ciara deserve to be happy for a few minutes before all hell breaks loose… literally. Stay tuned to Days of Our Lives weekdays to see how these stories play out.