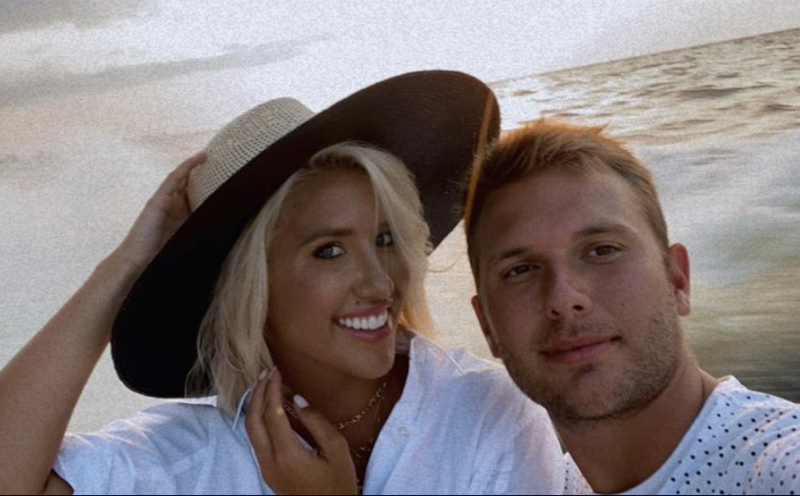 Chrisley Knows Best premiered a new season last week, so interest in the family of Todd sits high right now. Of course, with Lindsie Chrisley divorcing Will Campbell, the focus shifts to the family even more. Naturally, that sort of press coverage won’t hurt the ratings of the USA Network show. Additionally, Todd and Julie still battle it out in court over their alleged federal tax fraud. Apparently, Kyle passed some info to the tax investigators at one stage. However, his half-brother and sister, Savannah and Chase welcome him back into the family and all seems forgiven.

Chrisley Knows Best Kyle And His Dad Made Up

Kyle and his sister Lindsie came from Todd’s first marriage. As both of them ended up estranged from Todd, it made sense then that he felt terribly worried about Lindsie’s son Jackson. After all, when news arrived about the divorce, he feared that in the future, Jackson might go through the same sort of issues as Kyle and Lindsie. At one stage, things deteriorated between Lindsie and her estranged dad, as he believed that she leaked info to the department. However two weeks after his indictment, People Magazine reported that Kyle admitted he tried to kill himself.

Well, Kyle struggled with sobriety issues and perhaps he felt so bad as he allegedly slipped info to the tax investigators. Recently, outlets suggested that the patriarch of Chrisley Knows Best, Todd blamed Lindsie for something that Kyle did. Mind you, it’s not really possible to know much more about Lindsie’s involvement if any. Following his self-admitted declaration that he tried to kill himself, Kyle and his dad forgave each other. Now, Savanah and Chase also forgave Kyle and welcomed him back into the family.

Chrisley Knows Best – Savannah and Chase Open Up About Kyle

Last week, Chase and Savannah spoke with InTouch Weekly about their half-brother, Kyle. The outlet noted that these days, Kyle remains sober. Plus, USA Network fans heard that back in April, he married Ashleigh Nelson. As Todd and his dad forgave each other, it seems rather nice that Savannah and Chase also forgave him. Actually, it also seems nice in that Chloe, raised by Todd is the daughter of Kyle from a previous relationship. So, possibly, she can now get to know her father a bit better.

Chrisley Knows Best star Chase told InTouch Weekly, “At the end of the day, he’s family. We love him [and] we forgive him, and I mean, that’s all that we can do.” Meanwhile, Savannah said that the tax investigation obviously hurt and stressed Julie and Todd, but everyone seems in a better place now. The two stars passed on that Kyle returned to the family and opened up about what happened. Basically, he reached out for and with forgiveness, whichTodd returned.

With the forgiveness and welcoming home of Kyle, only Lindsie remains estranged from Todd. Plus, she seems to have very little contact with Savannah and Chase. Todd always said that he’s open to reconciling with his daughter. Unfortunately, Lindsie once told TMZ that there’s no way she will ever forgive her father.

Remember to check back with us often for more news and updates about the cast of Chrisley Knows Best on the USA Network.