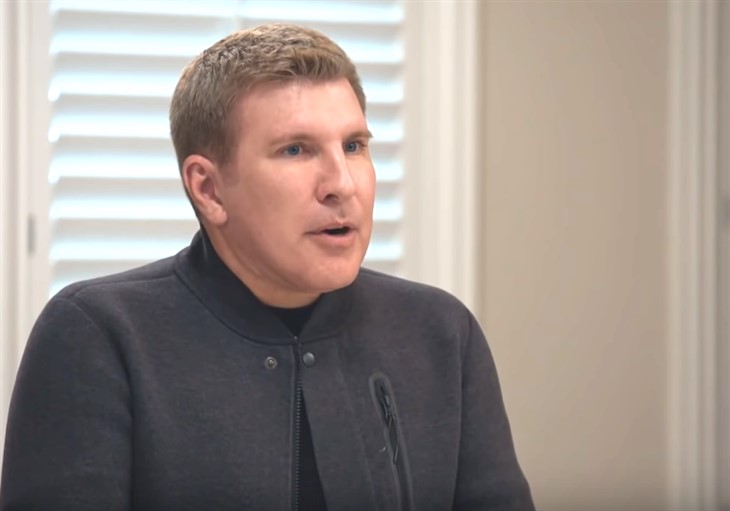 Chrisley Knows Best star Todd told the whole world that his daughter Lindsie reported him to the Georgia Department of Revenue. Recall, he and Julie were under investigation for tax and wire fraud. Loudly, openly, and very publically, he also accused Lindsie of engaging in a love affair with a member of the investigation team. Well, now it looks like all along, he was completely wrong.

Lindsie left the USA Network series a long time ago. Actually, it never became really clear why, but Julie hinted that it had something to do with Kyle’s daughter, Chloe. To this day, Todd and his oldest daughter remain totally estranged. Things rapidly went downhill and Todd often spoke about how his daughter hardened her heart towards forgiveness. From her point of view, Lindsie feels she cannot ever forgive him. So, two very Christian people bring something of a head-scratcher.

You probably recall all the hullabaloo about LIndsie who Todd claimed has passed information to the Georgia tax department. Later, Chrisley Knows Best fans also heard allegations of a s*x tape, that somehow involved Lindsie’s half-brother Chaser. Well, new news by Katie Joy from Without A Crystal Ball on Instagram revealed that apparently, passing on dirt about her dad never came from Lindsie, after all.

Kyle Chrisley Tipped Off  About The Chrisley Knows Best Patriarch

Kyle and Lindsie both have the same mom. So, Todd’s current wife Julie’s not their blood relative. The news that Kyle tipped off the tax department is already old. However, he and his dad apparently made up and forgave each other. However, Lindsie and her dad never reconciled. If she never tipped any info to the tax people in the first place, it’s no wonder that she hardens her heart. According to The Sun, an insider told the outlet that “Kyle, who has been open about his battle with drugs, was “using during that time,” as the insider believed he was “easily manipulated.”

The news about the Chrisley Knows Best patriarch came to light when Todd and Julie “requested an evidentiary hearing to suppress documents obtained during a 2017 seizure of the warehouse.” That news came from Katie Joy. Plus, she explained that It turns out it wasn’t Lindsie at all. “For the record, Lindsie has always denied any involvement in the case,” she added. Fans will find out in August what the court rules on the suppression.

Fans React To The News

Chrisley Knows Best fans reacted in the comments. They pointed out that Kyle’s involvement was already known. However, everyone always assumed that Lindsie did the deed as well. One fan wrote, “Whoaaaaaa it was Kyle this whole time and not Lindsie?!?!” Then another one noted, “I knew @lindsiechrisley wasn’t involved. She has her own life. They treated her so bad too!”

Remember to check back with us often for more news about Todd Chrisley and Lindsie from Chrisley Knows Best on the USA Network.