Chrisley Knows Best Season 9 – Will Nanny Faye Get A Lot Of Screentime? 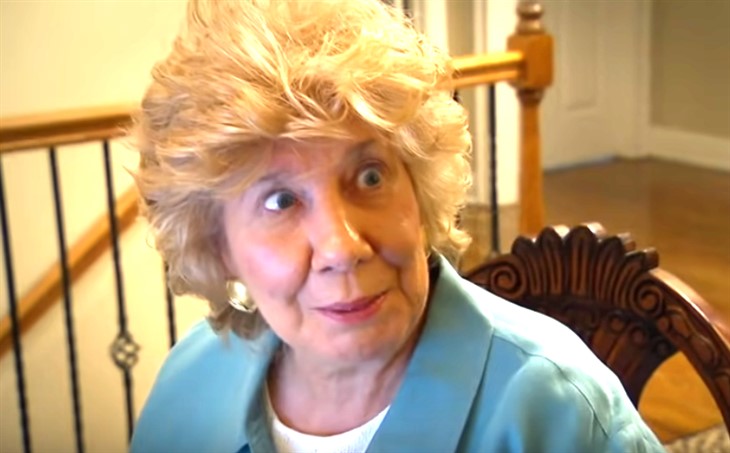 Chrisley Knows Best premieres season 9 on Thursday, Aug. 12 at 9 p.m. ET/PT on USA Network Fans can’t wait for the laughs that the show brings them. Mostly, they hope for a lot of screentime from Nanny Faye. The colorful mother of Todd brings some whacky antics to an already light-hearted show, and fans are there for it. However, she recently injured herself, so will fans see a lot of her or not?

Last week, Savannah took to her Instagram and told her fans that her grandma injured herself. Apparently, nobody can quite figure out how she hurt herself. She leaned over the back of the couch and managed to crack two ribs. Of course, a lot of fans seemed very concerned. Speculation that her bones become brittle ran around. Naturally, they sent in their best wishes for the feisty old lady. Actually, for many lonely fans, Todd’s mom has come to represent their own grandma or mother.

Chrisley Knows Best fans see a lot of clips at the moment of the quirky lady. One of them that Todd shared, showed her walking around waving her arms. She laid a bet that Britney Spears would get her freedom from her father’s clutches. Well, fans know that Todd and his mom sometimes clash over her gambling. In fact, the old lady loves nothing more than a wager. What’s more, she usually wins as well. Since then, a number of clips came in from Todd, which is probably his way of promoting Season 9 of the show.

Chrisley Knows Best Fans Hope For A Lot Of Screentime

Todd and the USA Network occasionally post clips of Nanny in-between seasons. However, in the past, when fans saw a lot of her on their screens, they picked up the pace and keep the clips rolling in. So, as an increasing number of clips stream in at the moment, fans can relax. It seems very likely that her broken ribs won’t affect the scenes with Todd’s mom. Anyway, it’s very likely that they already completed filming. Back in June, Todd’s wife Julie mentioned they finished filming Growing Up Chrisley.

The latest post that the Chrisley Knows Best patriarch shared came on Monday night. It revealed Nanny Faye sitting on the couch. For many fans, her sheer presence seemed rivetting. She wore a bright floral outfit and sported a giant hat. Shiny earrings complimented her look. In his caption, Todd wrote, “And @nannyfayechrisley is thinking of what she’s getting into next.” Well, thousands of fans love her and they quickly commented. One of them wrote, “I hope we see a loooooot of her in Season 9. She’s my fave.”

Other Fans Expressed Their Enthusiasm For Todd’s Mom

Plenty of comments rolled in and one of them said, “Nanny Faye is thinking what can she drag Chase into helping her do.” That’s because when she does something she knows her son disapproves of, she always cons Chase into helping her get her own way. No wonder the mischievous grandma has so many fans who adore her.

Remember to check back with us often for more news, updates, and spoilers about the cast of Chrisley Knows Best n the USA Network.

Five Facts About Days Of Our Lives Star Eric Martsolf