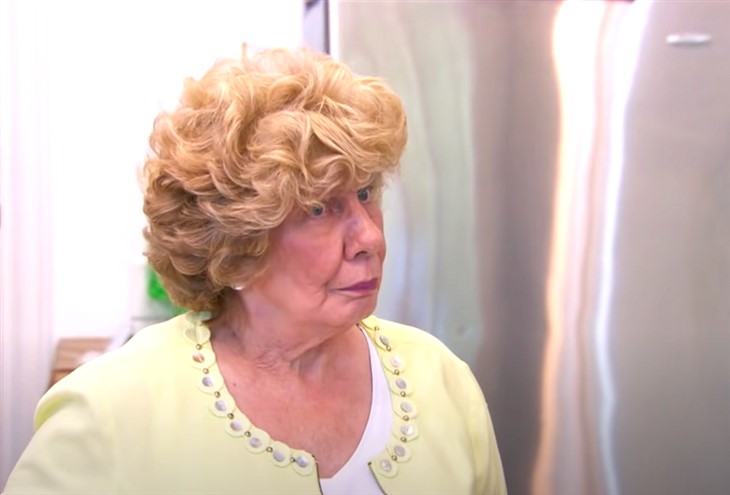 Chrisley Knows Best star Nanny Faye is a top fan-favorite on the USA Network show. The 73-year-old steals the show from her son Todd quite often with her hilarious antics. Everyone who watches the show wishes she were their grandma. However, many fans feel concerned for her health now as she hurt herself. Actually, she broke two ribs, which is really painful. So, what happened?

While fans of the show on USA Network can’t wait for the premiere of Season 9 of the show, they heard some rather disturbing news from Savannah about her grandma. The show returns on August 12, less than a month away, so all eyes focus on the Chrisley family right now. Teasers emerged that revealed that Nanny Fayes gets up to her usual hilarious take on the family drama. One scene revealed her all dressed up like a fortune teller, where she predicted “dark clouds.” That came just after Chase and Savannah wondered if problems might end up in a divorce between Todd and Julie.

Sometimes, the Chrisley Knows Best grandma also stars in Growing Up Chrisley. So, perhaps fans also see her in Season 3 of the show. Actually, it airs back-to-back with the main show on Thursday nights this summer. However, when the premiere comes along, Nanny Faye might still hurt a bit as ribs can take ages to heal up. However, fans shouldn’t worry too much as Savannah assured her fans on Wednesday, that her grandma’s going to be okay.

Savannah On How Chrisley Knows Best Grandma Hurt Herself

Savannah took to her Instagram and made a video of herself putting on concealer from her Sassy by Savannah cosmetics line. While she gave a few tips, she also talked about Nanny Faye. She told her fans that “Nanny Faye is alive and well.” Then she added, “She did break two ribs, but she’s alive and well.” Additionally, she told her fans how it happened and it seems almost inexplicable. Apparently, Nanny Faye leaned over the back of the sofa, and her ribs broke.

Chrisley Knows Best star Savannah explained that Nanny Faye tries to “act young” but sometimes she pushes the limits. Meanwhile, after applying a bit of bronzer, she also mentioned her dad. She said that he’s fine and “crazy” and the “best dad” ever. So, clearly, he’s not too worried about his mom. Broken ribs from such a simple thing might not worry Nanny too mcuh, but naturally, fans wonder if there’s an underlying issue.

Should Fans Worry About Todd’s Mom?

Chrisley Knows Best star Nanny Faye is now in her 70s, and MedlinePlus explains that some older women “lose bone density “after menopause.” That might cause bones to become more “brittle and [they] may break more easily.” Most likely, Todd made sure his mom saw a medical professional, and they will possibly look into that.

Remember to check back with us often for more news about the cast of Chrisley Knows Best on the USA Network.