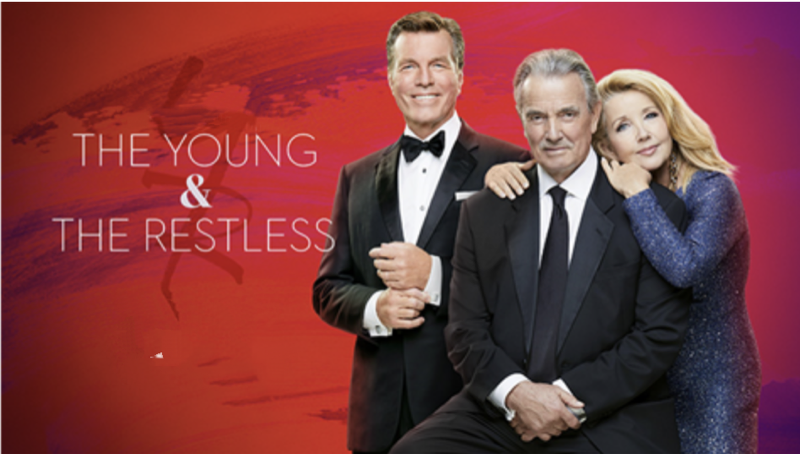 On Monday’s episode of The Young and The Restless, Phyllis Summers (Michelle Stafford) continues to plot with Billy Abbott (Jason Thompson) on the best way to take down Tara Locke (Elizabeth Leiner) and Sally Spectra (Courtney Hope). Phyllis is certain that the two of them are behind her daughter, Summer Newman’s (Hunter King) sudden decision to break up with her fiancé and leave town. Phyllis has a plan, and Billy agrees there’s something fishy about Summer having recommended Sally to take her place at JCV. Also on Monday’s episode of The Young and The Restless, Victoria Newman (Amelia Heinle) challenges Ashland Locke (Richard Burgi) regarding his health issues and getting treatment. He doesn’t want any treatment and she may be tempted to give him an ultimatum if he doesn’t listen to her! Speaking of ultimatums, Adam Newman (Mark Grossman) gives Chelsea Lawson (Melissa Claire Egan) one on Monday.

On Tuesday’s episode of The Young and The Restless, Victor and Nikki Newman (Eric Braeden, Melody Thomas Scott) pay a visit out of concern for their granddaughter Summer. Victor and Nikki don’t quite buy Summer’s narrative that she is fine and loves her new job and her new location. Nikki can see the pain in Summer’s eyes as she tries to get her to open up to her. Also on Tuesday’s episode of The Young and The Restless, Kyle Abbott (Michael Mealor) will come to Tara’s defense when he overhears an emotional phone call between her and Sally, and Jack Abbott (Peter Bergman) surprises Sally with a real date for the first time in months.

The Young And The Restless Spoilers – Mariah Copeland’s Friends Worry

In Wednesday’s episode of The Young and The Restless, Mariah Copeland’s (Camryn Grimes) friends Devon Hamilton (Bryton James) and Abby Chancellor (Melissa Ordway) worry. Even though Mariah has supposedly sent texts to Abby, Tessa Porter (Cait Fairbanks) and Sharon Rosales (Sharon Case) Abby and Tessa in particular don’t think the texts sound like something Mariah would say. Meanwhile, according to this week’s preview promo of The Young and The Restless, they have reason to worry as Mariah is revealed to be held hostage in an unknown location. Also on Wednesday, Nate Hastings (Sean Dominic) keeps Elena Dawson (Brytni Sarpy) in suspense, and Phyllis plays hardball with Sally.

Y&R Spoilers – A Relationship Is Solidified, A Tough Decision Is Made

On Thursday’s episode of The Young and The Restless, a relationship is solidified and a tough decision is made. Viewers of The Young and The Restless have been expecting Devon and Amanda Sinclair (Mishael Morgan), who have been getting closer and closer as they have known each other, to take some next steps and they solidify their relationship on Thursday. Meanwhile, Jack is forced to make a tough decision.

On Friday’s episode of The Young and The Restless, Sharon welcomes her husband Rey Rosales (Jordi Vilasuso) home. Viewers of The Young and The Restless will remember that Rey was tasked with keeping an eye on Chelsea and Connor Newman (Judah Mackey) to make sure Chelsea didn’t pull any stunts while her son was with her. Meanwhile, Chelsea apparently is back in Genoa City as well, and she and her best friend Chloe Mitchell (Elizabeth Hendrickson), who is now working for Newman Media, plot together to come up with a plan regarding Adam. Phyllis continues to chase leads to prove her theories about Tara and Sally running Summer out of Genoa City.

Chrisley Knows Best Season 9 – Will Nanny Faye Get A Lot Of Screentime?