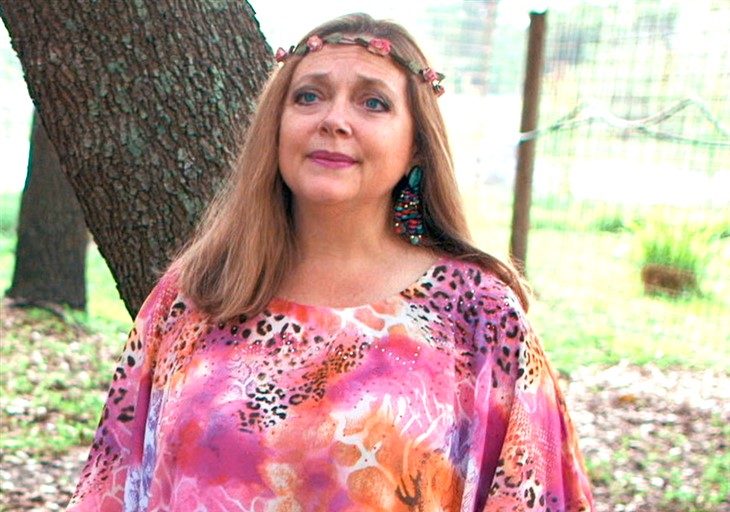 According to The Sun the animal rights activist and owner of Big Cat Rescue recently dished about the show not long after reptile dealer, Jeff Johnson, became the latest veteran of the Netflix series to die, this time from a self-inflicted gunshot wound to the head.

The former Tiger King star said she believes that Tiger King and Netflix were “so lacking in journalistic ethics” that they created “false perceptions of the characters” through the use of “clever editing.” She went on to say that the lies that were “magnified in the series and proliferated in the media frenzy” resulted in death threats and “an unimaginable onslaught from abuse” to her, her family, co-rescuers, and Big Cat Rescue.

“It’s easy to imagine that others in the series may have experienced similar reactions on a scale they were not equipped to handle.”

The Netflix series has been plagued with tragedy since its March 2020 debut. Despite the show’s soaring popularity, and Joe Exotic and the rest of the Tiger King cast becoming household names, many have suffered the Tiger King curse.

Joe Exotic’s fourth husband, Travis Maldonado, was just 23 when he shot himself in the zoo’s gift shop. His death was actually covered in an episode of Tiger King. Joe Exotic is still in prison and suffering from cancer and it has not been an easy time for most of the Tiger King cast members.

Another fatality related to the show came earlier this year when zookeeper Erik Cowie was found dead in his New York apartment at age 53. According to TMZ, there was nothing suspicious about his death and no drugs were found in the apartment, but a toxicology test has yet to be performed. Erik worked for Joe Exotic for eight years and admitted to having a drinking problem.

In January of 2020, Joe was sentenced to 22 years behind bars for murder-for-hire plot against Carole Baskin and 17 federal charges for animal abuse. If that wasn’t enough, the former zookeeper was diagnosed with prostate cancer earlier this year.

Unfortunately, according to The Sun, the Tiger King has been told that all tests and medical visits were “not happening” and doctors now fear that the cancer has spread to his stomach and pelvis. Joe has always maintained his innocent and has had a team of lawyers working to free him. He was recently granted a review by the US Court of Appeals and is now awaiting resentencing.

Season 2 of Tiger King aired on November 17 in its entirety and can now be streamed on Netflix. Season 3 has not yet been announced.

Be sure to catch up on the Joe Exotic story and return here often for more news and updates.