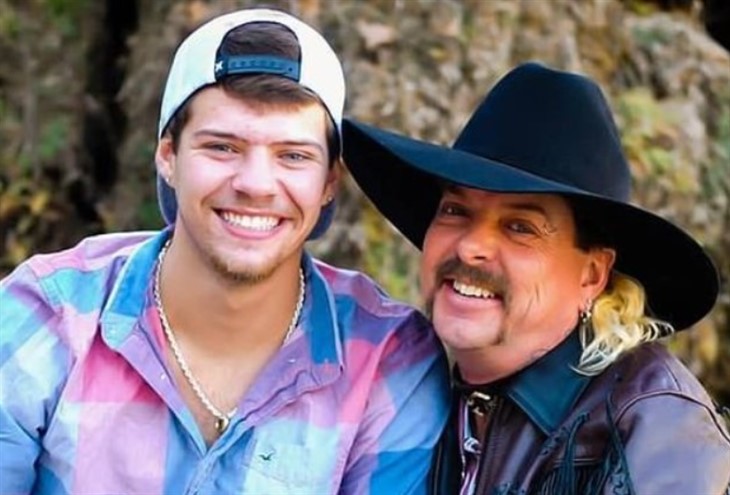 Tiger King Joe Exotic’s plans to get out of prison have failed. The infamous Netflix Tiger King star remains in prison and may stay there for decades. Dillon Passage, Joe Exotic’s young husband took to his social media to share the plans for an amicable divorce with curious fans.  However, Joe is reportedly insisting that they are rushing the divorce process.

Dillon Passage Speaks About His Relationship With Joe Exotic

The Young And The Restless Spoilers: Who Tried To Kill Adam Newman? – November Sweeps Shockers

In his post, he mentioned that he met his 58-year-old husband in November 2017 and describes him as someone who has always been there for him during difficult times. He mentioned that they spent 9 months together after which Joe was arrested and for the two and a half years, they have been apart, he has always stood by his side and would always continue to love and support him.

Dillon continued that when Tiger King was released on Netflix, his life has been thrown into a world of media and public attention, which he described as completely strange to him. “I felt as if I had a microscope constantly looming over me”, he said, this experience he expressed as uncomfortable now and then. He said he found his manager at the moment when everyone was pulling him in different directions.

The Tiger King star described his manager Jeff T Duncan as someone who has always acted in his best interest despite Joe’s recent social media criticisms against him. He mentioned that Jeff has continued to help him through the difficult new situation he has found himself.

In his social media post, Dillon mentioned that he does not feel it necessary to explain what happens his in personal life to the world especially with Joe airing every grievance on social media.

He continued by saying he does not feel it is healthy to handle his private matters with his husband on social media and he intends not to speak on the subject on social media anymore. He however answered the main question the public wants, that yes, he and Joe are getting separated. He said nine months together and more than two separated is not easy, however, he and Joe understand that the situation is not fair and neither of them expected it.

Joe Exotic’s husband further mentioned that they would take the divorce process one step at a time, stating that they are still on good terms and he hopes it stays that way. He said “I would continue to have Joe in my life and do my best to support him while he undergoes further legal battles to better his situation.

CBS Vows All Of Its Reality Shows Will Now Include 50% People Of Color https://t.co/1hVFjcpy7n pic.twitter.com/mKAWltX6pd

However, TMZ spoke to Joe Exotic’s attorney, who shared excerpts from an email where Joe stated that he and Dillon have concluded and would not be going for the divorce in a hurry. He stated that it has been tough on both and he is going to do what he thinks is needed.

The Tiger King went further saying he prefers to stay married so things don’t get complicated and if he makes it through then they would figure it out together. He noted that Dillon still answers the phone three times a day and that husband Dillon Passage would always be his support.

So far, the divorce issue has not been finalized as Dillon’s Instagram post is still up. It is unclear what would happen next with the Tiger King couple.  Keep checking Soap Opera Spy for Joe Exotic news and updates.