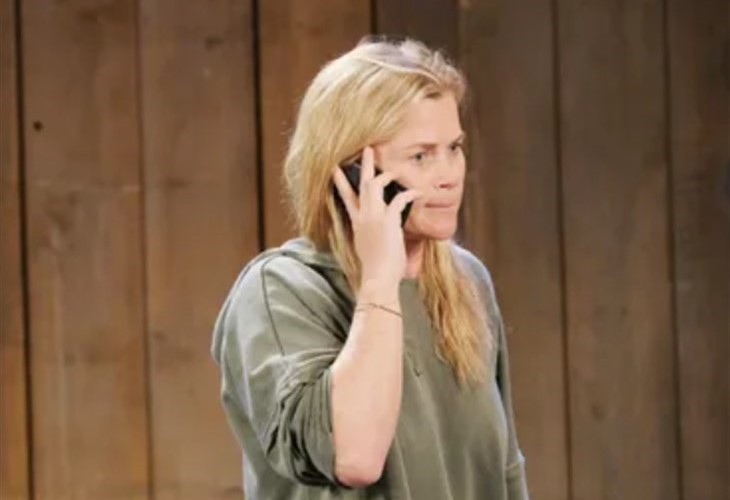 Days of Our Lives spoilers reveal Sami trying to make a great escape this week, but things don’t go quite as planned and she ends up in even more trouble.

Days Of Our Lives Spoilers – Where Could Sami Be Held Captive?

Sami Brady (Alison Sweeney) has been missing for months and finally made contact with her mother last week when Marlena (Deidre Hall) had a reprieve from being possessed by the devil. Marlena even told her daughter what was going on and Sami couldn’t believe someone could become possessed by the devil twice in one lifetime.

This week on Days of Our Lives, she does her best to escape the henchman who has been holding her captive all this time and thinks she manages to do it, except when she gets past one room, she is in another almost identical room and there seems to be no escape.

That sounds like the work of the devil to us and we have to wonder if this is the same place where MarDevil is headed with Ben (Robert Scott Wilson) and Ciara (Victoria Konefal), considering she takes them to a remote place outside Salem. What is MarDevil’s actual plan if she wants Ben and Ciara AND Sami?

At least Sami is able to get to another phone and this time she gives up on her mother and calls her daughter. Allie Horton (Lindsay Arnold) happens to be with her dad, Lucas Horton (Bryan R. Dattilo) and when they realize she is in trouble, Lucas tells her he is on his way.

The last we saw Lucas and Sami, he was proclaiming his undying love for her after they’d slept together several times before EJ DiMera (Daniel Feuerriegel) returned to town. When EJ found out what they did, he kicked Sami out of the DiMera mansion and that was when she was knocked out and dragged away.

Lucas and her loved ones thought she left to get away because they received text messages telling them so, but clearly, her kidnapper sent them to throw them off her scent — and it worked. Will Lucas manage to rescue Sami and get her to return his love at the same time? Stay tuned to Days of Our Lives weekdays to see how this story plays out.