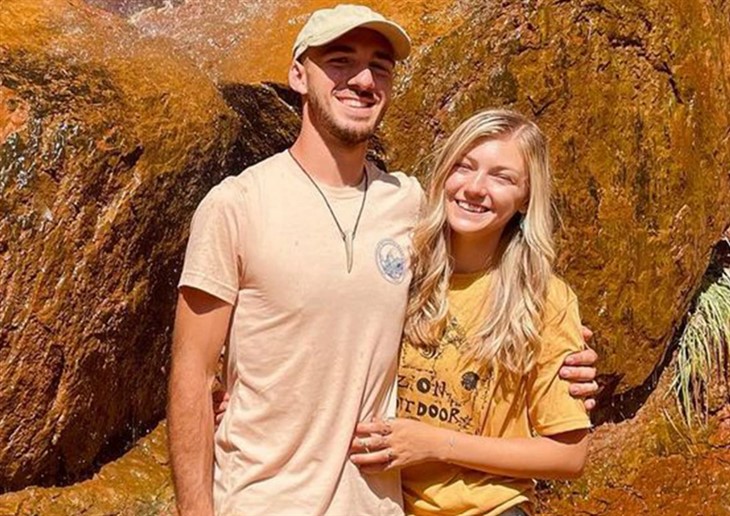 Brian Laundrie apparently died and his remains may have been found. Or, at least partial remains. Potentially, it should have ended the hunt for persons of interest in the death of Gabby Petito. The coroner ruled her death a homicide by strangulation, and ever since then, a big hunt for Brian took place. Well, his parents, Roberta and Chris Laundrie have more than a funeral to worry about as their attorney confirmed the FBI investigate them.

Brian Laundrie Death And His Mom & Dad Might Be In Trouble

When the news came that remains and belongings were found in Myakkahatchee Creek Environmental Park in North Port, FL, his parents had suggested they look there. The remains found seem to have been in the water for a while. Obviously, confirmation that the remains belonged to Brian takes time. However, for Betty and Chris, his parents, it probably breaks them up. After all, a child always seems to remain a  child in the eyes of parents. And now, the long road to justice in Gabby Petito’s case could possibly land them in trouble.

Chris, the dad of Brian Laundrie was reported as headed for court. Not because he did anything wrong to Gabby, but because protestors believed he and his wife hid or protected their son. Chris Laundrie was accused of destroying a protestor’s sign valued at $40. Well, he just lost it with them. And, across social media, folks said some rather terrible things about them. But, it’s not actually known at this time, what they may have done to help Brian — If anything. Now that news emerged that they face investigation by the FBI, a small court case might seem less of a priority for his attorney.

Brian Laundrie Parents Investigated By The FBI – For What?

Speaking with NBC Now, Chris and Roberta’s attorney, Steven Bertolino admitted that the FBI investigate them. However, he seemed very vague as to details. Other than saying, they routinely answered questions before, he could not even confirm if they face potential misdemeanor or felony charges. Apparently, the FBI raised the subject some time back. However, it didn’t seem part of the prosecution plan. Now, he said that they are in fact, being investigated.

The news about Brian Laundrie was shared on Instagram by Katie Joy of Without A Crystal Ball. She captioned it with, “Steven Bertolino finally admits that Roberta & Chris Laundrie are under investigation by the FBI. He said there were conversations a few weeks ago about charges.” 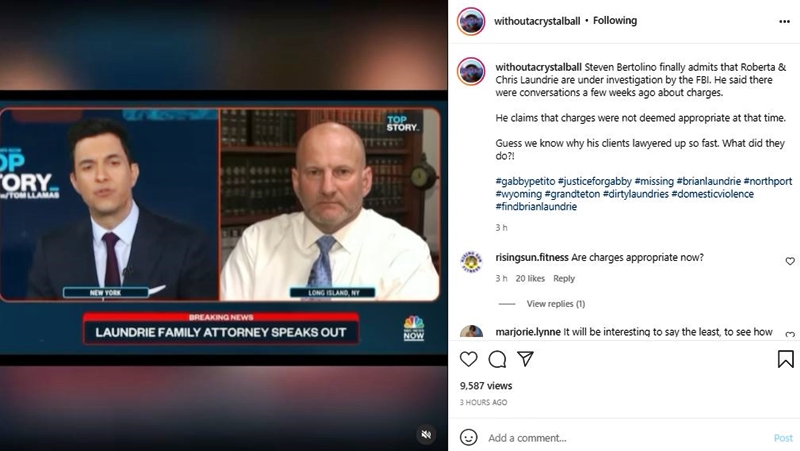 Next, she pointed out that “charges were not deemed appropriate at that time.” Finally, she wrote, “Guess we know why his clients lawyered up so fast. What did they do?“

In the comments section of the post, her fans discussed their theories. One fan noted, “It will be interesting to say the least, to see how this plays out.” Then, a skeptic wrote, “There is a lot more to this than we may never know. My Spidey senses tell me something is off with this entire narrative.”

Be sure to catch up on everything happening with the Gabby Petito investigation right now. Come back here often for more news, and updates.