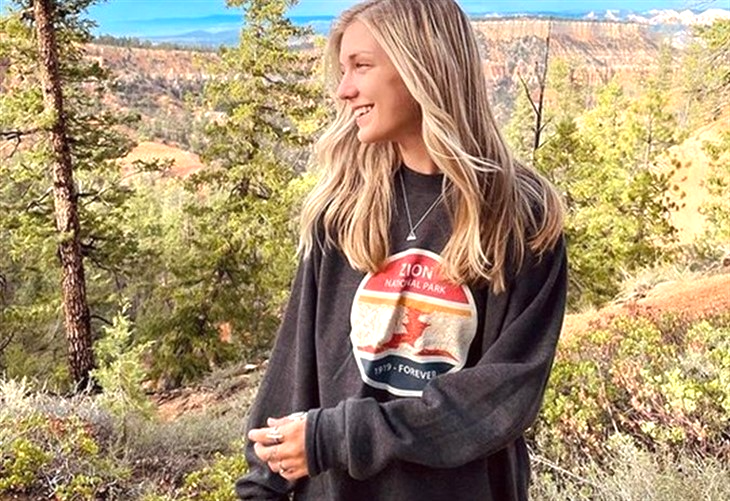 The Gabby Petito case became internationally known about, thanks to social media. Overseas outlets picked up the story as concern turned to outrage when her body was found. Now, the main debate is whether Brian Laundrie, wanted as a person of interest, ran away. Or, did he commit suicide? Potentially, was he also a victim? Nobody really knows. However, now that some remains were apparently found, he might be dead. Note that it’s not clear they are human remains.

Gabby Petito Case Heats Up On The Trail Of Brian Laundrie

Brian Laundrie disappeared, and many people claim his mom and dad are helping to hide him from the cops. Gabby was found to be the victim of a homicide and she suffered death by strangulation. As it came after people claimed that Brian hit her, a lot of speculation is that he’s hiding out. Well, others suspect he might have killed himself. Ever since then, a massive manhunt started for Brian. Even Dog the Bounty Hunter went looking, and he was on honeymoon at the time. All to no avail, but new reports come that some of his belongings were recovered.

The hunt for the former partner of Gabby Petito went on for over a month now. People across the USA also keep out a sharp eye for him. Actually, one person who was found by the authorities turned out not to be him. So, a Laundrie look-alike was ambushed at gunpoint on the Appalachian Trail. Severin Beckwith and Anna Brettmann, an upstate New York couple got the fright of their lives as cops burst in and arrested him. Until this week, hope faded but a new lead ended up in the discovery of some allegedly suspected human remains.

TMZ reported that NBC revealed that police found some of Brian Laundrie’s belongings. And, notably, it came from a tip-off from his parents. Apparently, they revealed another trail that Brian had been on. It’s unclear how searchers found the human remains as previously, the area was underwater. TMZ noted, “Brian’s parents, Chris and Roberta, went to Myakkahatchee Creek Environmental Park in North Port, FL Wednesday morning to look for him — apparently, a new area that hadn’t been explored.”

Perhaps those people who hate on them since the discovery of Gabby Petito might feel a bit more charitable now. It’s not actually certain that the remains are human. TMZ noted, “the Human Remains Detection Team and K-9 were called in”  However, in an update, the news arrived that a Medical Examiner was on the way to the scene. Apparently, the belongings found in the area belonged to Brian. The FBI didn’t say much, but apparently, some items of clothing and a notebook were found.

More Time Needed To Check Out Everything

Right now, authorities need to check the area, potentially for more evidence. So, clear answers are not available at the moment.

Be sure to catch up on everything happening with the Gabby Petito case right now. Come back here often for more news, and updates about the hunt for Brian Laundrie.

What Happened To Honey Boo Boo?