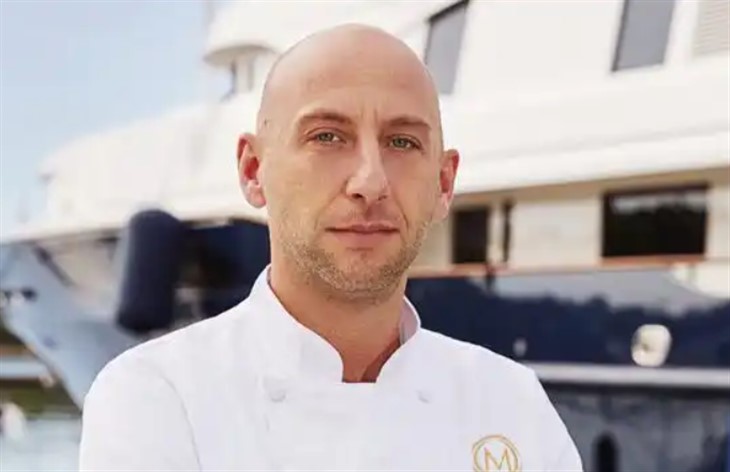 As the current season of Below Deck Mediterranean prepares to sail away till next season, let’s take a moment and discover a little more about Chef Mathew Shea.

A fun little tidbit of information people may not know about Chef Matthew is that his dad is the fairly prolific actor, Patrick Shea.

With this season coming close to wrapping up, it may be surprising to know that there is still more to discover about Chef Mathew.

It has been an exciting season, chick full of drama but, as things begin to calm down, it’s a good time to take a minute to learn about one of the key members of the crew.

In that last episode of Below Deck Mediterranean, we can see Matt calling for the crew to pray that the guests as well as Captain Sandy dig what he’s cooking for the evening.

In case fans missed it, in his interview, Mathew told the cameras that he’s always been a sensitive person who “thrives off of compliments.”

The reality TV star adds that it’s almost generational, adding that his mom was a chef and his father a stage actor.

“I come from an artists’ family and I work better off of positive reinforcement.”

Fans may or may not recognize the name of the chef’s father, Patrick Shea, so we’ll help you out a little.

The somewhat prolific actor is also known for working on the hit show Cheers, which featured Ted Danson, Rhea Perlman, and Shelley Long, as an actor and narrator for the Boston Symphony and Boston Pops, and even as David Letterman’s double as they look very much alike.

So now it may be clearer where Chef Mathew shea acquired his knack for creativity, and wither his mother who was also a chef, his love for the culinary arts.

Fans may recall that, back in July, Chef Mathew almost quit the show after fellow cast members rudely asked him to stop talking and he took great offense, saying “I’ve worked too hard to get sh_t for being myself.”

However, he ultimately stuck it out and is finishing the season throughout all the ups and downs of the show.

Fans can catch new episodes of Below Deck Mediterranean Mondays at 7 and 8 PM, Fridays at 7 PM, and Saturdays at 6 PM Central on Bravo.

B&B Spoilers: Sheila Carter Is Back For More Trouble