Below Deck: Show’s Creator Reveals Problem With The Crew, Calls It A ‘Shame’ 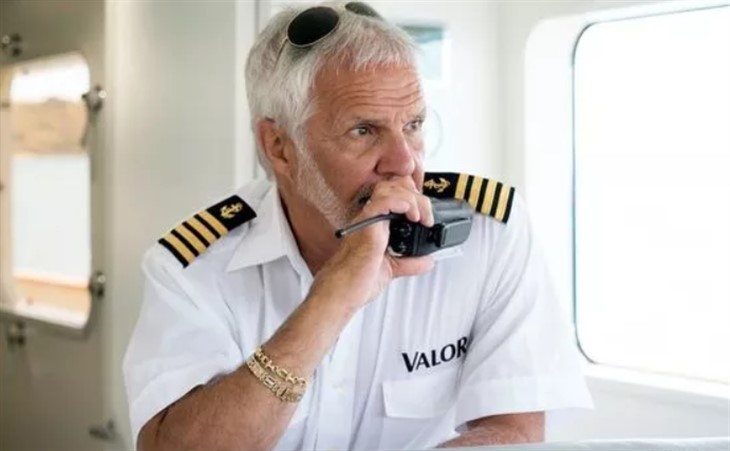 Season 9 of Below Deck is right around the corner and the show’s creator opened up about some problems with the crew aboard the yacht.

Fans have been excited for the return of the yachting reality show and all the drama that has accompanied it. Since the moment Below Deck, appeared on the small screen in 2013, it has been a huge hit with fans.

Below Deck – Captain Who?

The success of the show aside, the show’s creator and producer, Mark Cronin revealed numerous problems with the crew that he has had to deal with.

The show’s boss revealed that the original skipper was to have been Aleks Taldykin and not Captain Lee Rosbach.

According to Metro.co.uk, he said, “Aleks had the right license for that size boat, and we thought that was enough.” adding that he was thinking, ‘Oh he’s got a license, that’s good, he can be the captain.’

He told Metro that they’d get the old guy off and put the new guy on and they’d “be in business.”

It seems that didn’t go as planned after Cronin had a discussion with Captain Rosbach as he suggested that he work behind the scenes while Aleks worked in front of the camera.

The Below Deck creator answered Cronin saying that the situation he was proposing would be confusing to the rest of the crew.

Below Deck – Keeping Drama Secret Is Not How Reality TV Works

Ultimately, they ended up hiring Rosbach and he quickly became a fan favorite.

Another problem Mark had to deal with was the secrecy among the crew – an element that just doesn’t work well with reality TV.

Then, of course, there is the tension that naturally arises between the crew that ultimately leads to temper flares and conflict.

Back in Season 1, it was revealed that the cast had tried to keep their fights under wraps, away from the camera, wanting to appear that they all got along smashingly.

This type of deception isn’t conducive to good reality TV. The producer went on to say that the crew would fight in text and that was a problem for the show. He said that it was a “shame” because it just leaves less actual drama to form the show around.

He made sure to inform Metro that, with the new seasons of the show, it hasn’t been a problem because now, the new crew members are aware that the drama among the crew is necessary for the reality show to entertain.

The last episode of Below Deck aired in November 2020. Fans can still stream old episodes online or can’t new episodes of Below Deck Mediterranean Fridays at 8 PM Central on Bravo.

Days Of Our Lives Spoilers: Jealousy Pushes Ava And Philip To The Brink