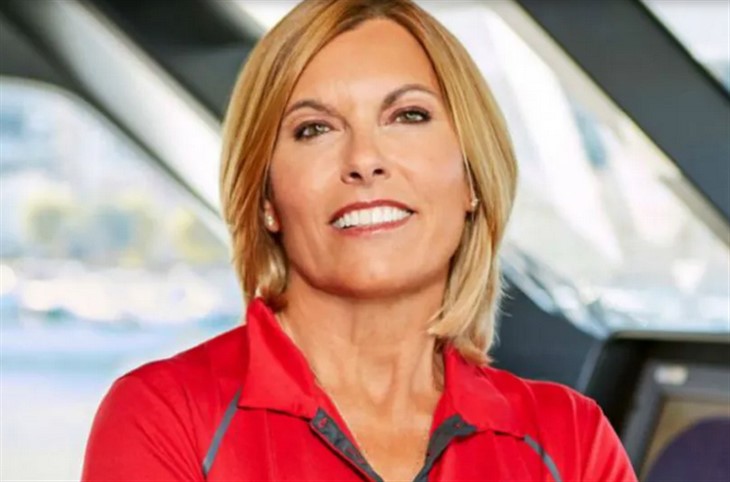 It seems that Captain Sandy was unaware of the full story before she made the reality TV star walk the proverbial plank.

During the explosive squabble, Lexi slammed Chef Mathew Shea calling him an offensive name telling him she’d smack him if the cameras weren’t rolling.

This happened weeks after the former Miss Bahama first unleashed on the crew after a night out and, this time, it was the last straw for Captain Sandy.

Below Deck Mediterranean – ‘I Can Only Respond to What I See’

According to METRO after the captain was asked by a fan why she didn’t react sooner to the Lexi problem she took the time to explain, saying, “I can only respond to what I see.

I also wasn’t told the whole story about the hot tub that night.

Of course, things would have been different.”

Tensions have been high on Below Deck Mediterranean, for the last several weeks, ever since Lexi slammed bosun Malia White, as well as deckhands Mzi Dempers and Lloyd Spencer in a hot tub after dinner.

Others had to get involved after the argument appeared to be turning physical and the stew ultimately apologized for her actions.

But then the Below Deck Med veteran went after Chef Matthew when he pointed out problems with her attitude.

Her reaction seemed over-the-top when she clapped back saying that his parents “should have aborted him” and then fellow cast members had tried to calm the situation down.

That’s when she said to Matthew that she would smack him were the cameras not on.

The next day Captain Sandy was informed about the incident, and she proceeded to call Lexi in for the talk.

In the discussion, Captain Sandy told Lexi that several cast members couldn’t get past what she’d done and said – and she was outnumbered.

That’s when she fired the reality TV star, saying, “I have to make a hard decision and it’s not easy for me. I have to let you go.”

Lexi reacted quickly to the news, immediately packing her bags and leaving without a word to the majority of the crew.

She slammed the door in Katie’s face but did give Malie a quick hug as disembarked for the final time.

Catch new episodes of Below Deck Mediterranean Fridays at 8 PM as well as Mondays at 7 and 8 PM Central on Bravo.