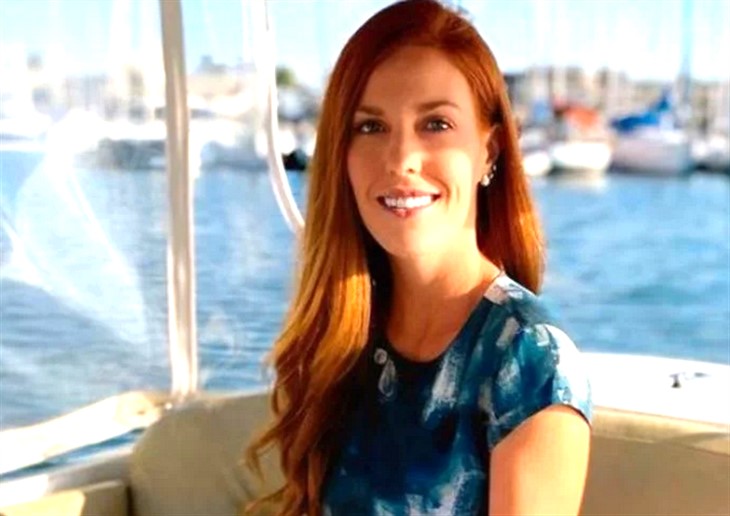 Below Deck Mediterranean news revealed, originally from the Bahama’s Lexi Wilson moved to the states to go to college after receiving a track and field scholarship.

She has previously competed in beauty pageants and even competed in Miss Universe 2013 representing the Bahamas.

Lexi didn’t seem too happy when she discovered that a new crew member would be coming on board in the new season of Below Deck Mediterranean.

Delaney Evans is no dummy, having graduated Berkely with a degree in media studies which she has said is, “part-psychology” indicating also that she thought it taught her how to get people to do what she wants.

Explaining her stint at college and how it led to her becoming a yachter she told Bravo, “The best thing that happened because of Berkeley wasn’t actually school-related, but I joined the sailing team and had a really good time.”

Below Deck Mediterranean – ‘Lexi Wilson Was Actually A Great Teacher’

Since coming aboard the Lady Michelle, Delaney has been under the tutelage of Lexi Wilson who has shown her the ropes, so to speak.

As the Berkely alum explained, on the Below Deck Mediterranean After Show, she was grateful for Lexi’s assistance in learning how everything goes down on the boat, saying, “Lexi was actually a great teacher. Honestly, she was patient with me, she wasn’t quick to blame. She was super helpful.”

The new reality TV star went on to “give props,” to Lexi, “for the way she took on the challenge and she helped me out in that situation.”

Lexi had some drama between her and some crew members earlier in the season but, despite all that, she is currently getting along with her new shipmate quite well.

Delaney also confirmed this in the After Show, telling the camera, “We had fun. We had laughs, and we had banter,” adding that they had gotten the job done and, “It was good.”

It seems that not everyone aboard the Lady Michelle was so accepting of their budding friendship. In fact, Matthew shay explained how the friendship “annoyed” some of the other crew members.

You can get instant access, as well as some more exclusive interviews featuring your favorite reality tv stars by signing up to be a Bravo Insider.

If you want to see more Below Deck Mediterranean, you can catch Season 6 on Mondays at 8 PM Central on Bravo and you can get early access to new episodes on Peacock.