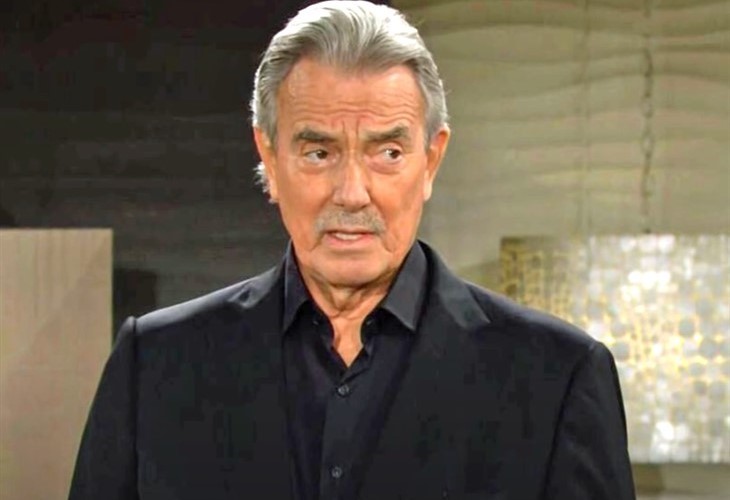 The Young and the Restless (Y&R) spoilers for Friday, September 24, 2021, reveal in Genoa City, Wisconsin Victor Newman taking matters into his own hands where it involves his daughter and her very mysterious fiance.

Victor (Eric Braeden) has gone back and forth with how he feels about Ashland Locke (Richard Burgi), the man Victoria Newman seems determined to marry even if she finds out he was once a serial killer but it was all due to mental illness, kinda like Ciara Brady (Victoria Konefal) on Days of Our Lives.

At one time, Victor didn’t trust the man as far as he could throw him, but Victoria is in love so he tried. That didn’t stop him and Nick Newman (Joshua Borrow) from looking for big, bad secrets. Still, when Ashland came to them and told them a story that Victor felt was similar to his own, his big, stone heart began to melt.

However, on Friday, Victor looks like he may have found something on Ashland and he hopes that something can change Victoria’s mind. Good luck, Victor. She seems like she will go to the ends of the Earth for this man.

Also, good luck, Billy (Jason Thompson). His digging also leads him to new information — and to someone who is ready to make a generous offer. Is that offer information and will Billy have to pay up to get any nugget of Ashland knowledge before Victoria takes the plunge.

Friday is a big day for Victoria as she seems to step into a whole new storyline. After a talk with Phyllis Summers (Michelle Stafford), she starts becoming suspicious of her former sister-in-law/frenemy and wonders if there is something going on that Phyllis is not telling Nick.

We know Jack Abbott (Peter Bergman) decided to allow Nick and Phyllis to be together without his interference and even told Nick how he feels, but is Phyllis still harboring feelings for Jack that start to become obvious to more than just the audience? Or perhaps Victoria becomes paranoid and thinks Phyllis wants to bring down Ashland, as well. Stay tuned to the Young and the Restless weekdays to find out.